Here We Are, on Top of the Utopian Arc 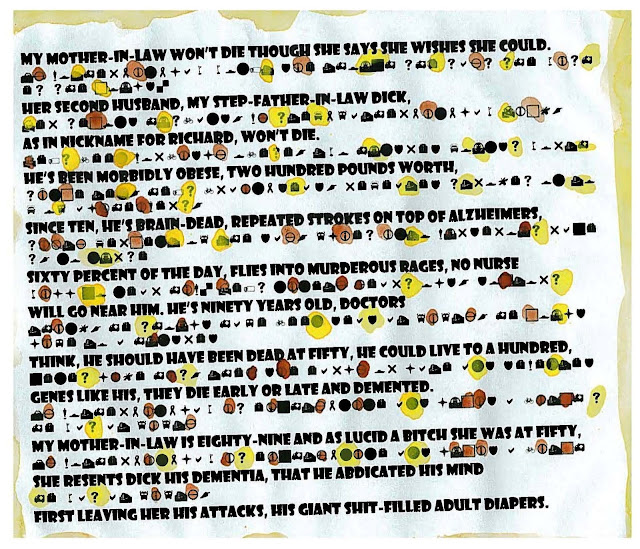 Here we are, on top of the utopian arc. The water is shallow. An oil spill shimmers on the surface like a lens catches light and folds it in front of a mirror. If someone stands next to you, they are there, even when outside the picture. Which makes total obscurity relative to luck and such. Unlike the law, architecture lasts. A façade, like an ideal, can be oppressive unless balanced by a balcony on which you can stand and call down to those in the street, Come over here and look up at us. Aren’t we exactly what you wanted to believe in?

Email ThisBlogThis!Share to TwitterShare to FacebookShare to Pinterest
Labels: About That Ceasing Seething, Autoblogography, Brazen Blogwhoring and Attention Sluttery, Dark, Dead Blegsylvania, Fuck It, Fuck Me, Fuck This, Music, My Blindness, My Complicity, My Inability to Shut the Fuck Up
Newer Post Older Post Home