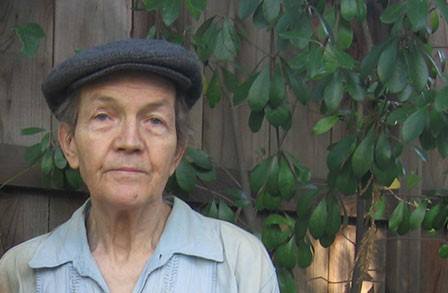 I wondered this morning why I hadn't heard from Tom of late:

The Berkeley man who died after being struck by a car while crossing The Alameda at 8:40 p.m. on Friday has been identified by friends as the poet Tom Clark.


Godfuckingdammit. I'm... This one hurts. All thoughts to Angelica.....


THE DOMESTIC LIVES OF GHOSTS


Whoso list to haunt could do worse than to
Obtain the license, get the picture.
Spook finders must find spooks to put the face,
Name and space coordinates together.
What is kept in the mind perimeter
Retains a wild autonomy through fate.

I will retreat to the precorporate.
Let fate have what is fate’s and allow
This spirit to slip through time’s difficult
Nets with the devious fingers of
A wild wind, while I run along behind.

Poetry, Wordsworth
wrote, will have no
easy time of it when
the discriminating
powers of the mind
are so blunted that
all voluntary
exertion dies, and
the general
public is reduced
to a state of near
savage torpor, morose,
stuporous, with
no attention span
whatsoever; nor will
the tranquil rustling
of the lyric, drowned out
by the heavy, dull
coagulation
of persons in cities,
where a uniformity
of occupations breeds
cravings for sensation
which hourly visual

As in that grey exurban wasteland in Gatsby
When the white sky darkens over the city
Of ashes, far from the once happy valley,
This daze spreads across the blank faces
Of the inhabitants, suddenly deprived
Of the kingdom’s original promised gift.
Did I say kingdom when I meant place
Of worship? Original when I meant
Damaged in handling? Promised when
I meant stolen? Gift when I meant
Trick? Inhabitants when I meant slaves?
Slaves when I meant clowns
Who have wandered into test sites? Test
Sites when I meant contagious hospitals?
Contagious hospitals when I meant clouds
Of laughing gas? Laughing gas
When I meant tears? No, it’s true,
No one should be writing poetry
In times like these, Dear Reader,
I don’t have to tell you of all people why.
It’s as apparent as an attempted
Punch in the eye that actually
Catches only empty air—which is
The inside of your head, where
The green ritual sanction
Of the poem has been cancelled.

More of Tom's poems in days ahead. More about Tom and me - maybe, maybe not.