Out Here on Cottage Grove It Matters

The television in the breakfast lounge of the Comfort Inn in Chelsea Michigan this morning tuned to ABC's Good Morning America but no one is watching at 6:50 as a testy exchange between the breakfast lounge staffer and a motherfucking ice soccer dad over the lights erupts. Breakfast doesn't officially start until seven; I got here at 630 and asked the staffer if I could drink coffee and type in the dark until seven (permission grudgingly given), but motherfucking ice soccer dads and their incredibly assholish motherfucking ice soccer fucking sons turning on lights and, worse, toasting bagels and pouring cereal and, o my fucking god, pouring batter into the waffle maker before BEFORE SEVEN O'CLOCK! has the staffer furious. Best morning coffee in a Chelsea Michigan's Comfort Inn breakfast lounge ever. 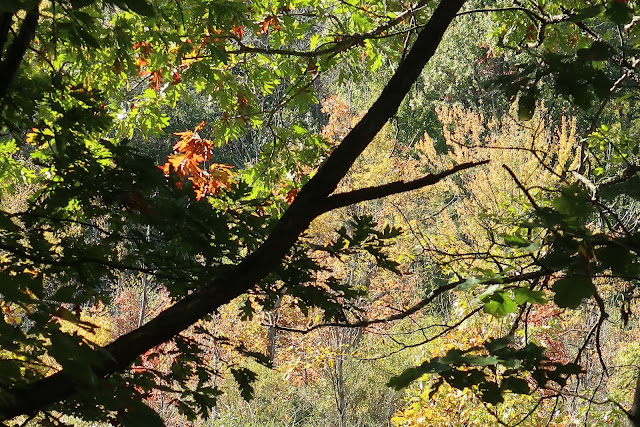 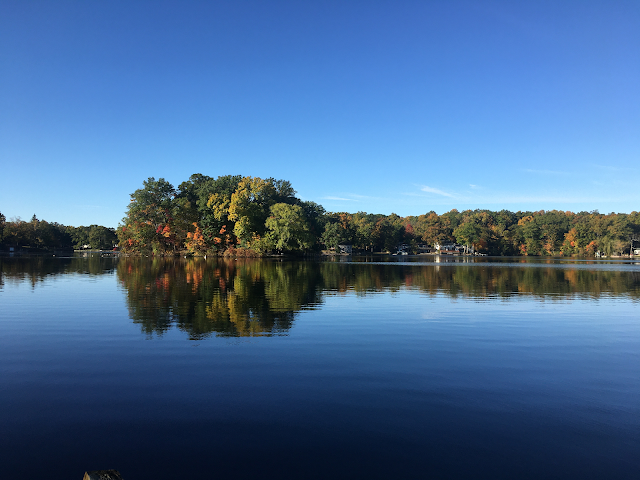 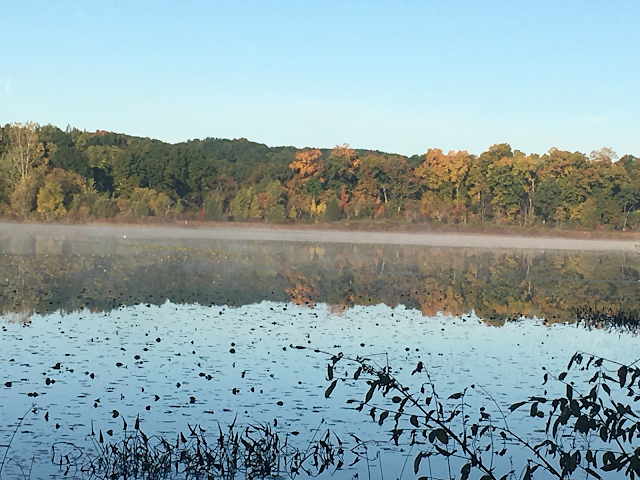 Out here on Cottage Grove it matters. The galloping
Wind balks at its shadow. The carriages
Are drawn forward under a sky of fumed oak.
This is America calling:
The mirroring of state to state,
Of voice to voice on the wires,
The force of colloquial greetings like golden
Pollen sinking on the afternoon breeze.
In service stairs the sweet corruption thrives;
The page of dusk turns like a creaking revolving stage in Warren, Ohio.

If this is the way it is let’s leave,
They agree, and soon the slow boxcar journey begins,
Gradually accelerating until the gyrating fans of suburbs
Enfolding the darkness of cities are remembered
Only as a recurring tic. And midway
We meet the disappointed, returning ones, without its
Being able to stop us in the headlong night
Toward the nothing of the coast. At Bolinas
The houses doze and seem to wonder why through the
Pacific haze, and the dreams alternately glow and grow dull.
Why be hanging on here? Like kites, circling,
Slipping on a ramp of air, but always circling?

But the variable cloudiness is pouring it on,
Flooding back to you like the meaning of a joke.
The land wasn’t immediately appealing; we built it
Partly over with fake ruins, in the image of ourselves:
An arch that terminates in mid-keystone, a crumbling stone pier
For laundresses, an open-air theater, never completed
And only partially designed. How are we to inhabit
This space from which the fourth wall is invariably missing,
As in a stage-set or dollhouse, except by staying as we are,
In lost profile, facing the stars, with dozens of as yet
Unrealized projects, and a strict sense
Of time running out, of evening presenting
The tactfully folded-over bill? And we fit
Rather too easily into it, become transparent,
Almost ghosts. One day
The birds and animals in the pasture have absorbed
The color, the density of the surroundings,
The leaves are alive, and too heavy with life.

A long period of adjustment followed.
In the cities at the turn of the century they knew about it
But were careful not to let on as the iceman and the milkman
Disappeared down the block and the postman shouted
His daily rounds. The children under the trees knew it
But all the fathers returning home
On streetcars after a satisfying day at the office undid it:
The climate was still floral and all the wallpaper
In a million homes all over the land conspired to hide it.
One day we thought of painted furniture, of how
It just slightly changes everything in the room
And in the yard outside, and how, if we were going
To be able to write the history of our time, starting with today,
It would be necessary to model all these unimportant details
So as to be able to include them; otherwise the narrative
Would have that flat, sandpapered look the sky gets
Out in the middle west toward the end of summer,
The look of wanting to back out before the argument
Has been resolved, and at the same time to save appearances
So that tomorrow will be pure. Therefore, since we have to do our business
In spite of things, why not make it in spite of everything?
That way, maybe the feeble lakes and swamps
Of the back country will get plugged into the circuit
And not just the major events but the whole incredible
Mass of everything happening simultaneously and pairing off,
Channeling itself into history, will unroll
As carefully and as casually as a conversation in the next room,
And the purity of today will invest us like a breeze,
Only be hard, spare, ironical: something one can
Tip one’s hat to and still get some use out of.

The parade is turning into our street.
My stars, the burnished uniforms and prismatic
Features of this instant belong here. The land
Is pulling away from the magic, glittering coastal towns
To an aforementioned rendezvous with August and December.
The hunch is it will always be this way,
The look, the way things first scared you
In the night light, and later turned out to be,
Yet still capable, all the same, of a narrow fidelity
To what you and they wanted to become:
No sighs like Russian music, only a vast unravelling
Out toward the junctions and to the darkness beyond
To these bare fields, built at today’s expense.
Posted by BDR at 9:02 AM