and if to withstand this nocturnal pollution of the tiny wanton stars with bent hook clauses of misprision I’m supposed to sing the melody of an unexpecting part. . .

The view this morning from the side porch of the cottage we're renting in Chelsea Michigan, 7:15 this morning same skyline as at 6:15 yesterday morning, I wasn't going to post today but everyone still asleep dreaming in standard time 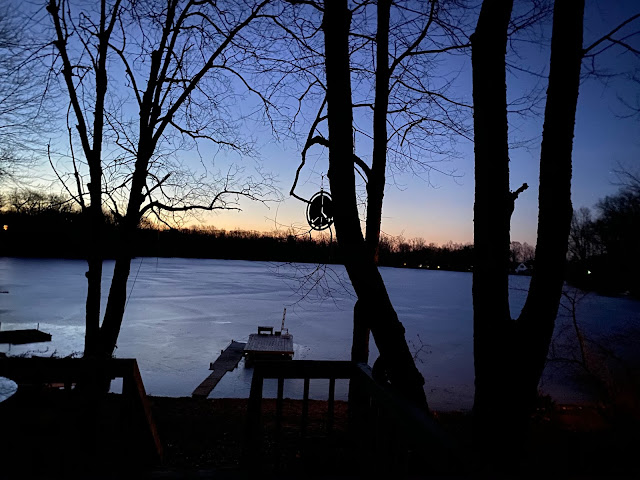 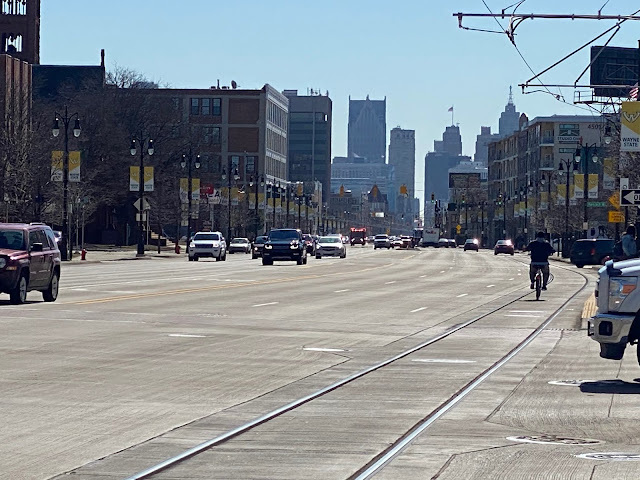 
All things belie me, I think, but I
look at them though. Well boys, at
least you’re not dead, right? What’s
the date today? Until something. What?
Of the lady of the whitening blow.
I’m ashamed to keep on babbling
as if I’ve always been oneself,
diamond flow through. Humble
flannel skeleton. Grin, laugh unbecoming
Living at the bottom of the water may
have been obvious all the time. But
I forget. What’s my plot? Hand
of a child, paw of an animal. Paint
it red & make a pawprint in the psalter.
Protect her & give her back her hat
Entangle her dreams in demotic and
Warm her feet; cheat the judge
& protect the tree from which he was carved.

And now that I’ve explained the situation
Jesus my frame hurts, you say.
Fucking pain. Hey come & empty my ashtray
once more & don’t get so excited. A
gentle heart was broken. Whose? No one’s
It’s a figure like a frame among
medlars & briars. Hand me that piece of
that, just that, yeah. I don’t mean it,
I’ve never meant anything because that’s
not what I do, in the mountains I call home
How can I tell you of my wound? it’s
round & silver & headstrong, it’s
nothing more than temperament born
of a custom involving a circuitous journey
This is all wrong. It rains today, my
son’s singing love songs of this
country, already being ten.

And if to withstand this nocturnal pollution of the tiny
wanton stars with bent hook clauses of misprision
I’m supposed to sing the melody of an unexpecting part. . .
Hey a pretty honey come a listen to me
while I evening, darling, your messages,
what would you think then? But I
wouldn’t do that. Light surrounded oranges
towels clouds. You don’t think you’re my you.
Not here not you. You still think you’re he. she.
Because I wouldn’t “you” you, would I? I only
“you” some other he. she. I
who write poems. When she writes them,
it’s different. . .A world of words, right?
It’s only my version of The Entertainer
Nothing truly personal, I’m way above that.
I’ve learned about it for a lot of days. I’ve
been to see the doctor & you have to have shots
for it. 17 balls of yarn & a sewing machine.

No I wouldn’t know why anyone would
want to write like that. I should never
have had to do it. We were used to this
other thing we always know like when we’re
here. And you have this clear head & you’re
seeing things & there they are. You don’t
notice they’re spelled. That’s how you
know you’re alive. I never saw you
Posted by BDR at 8:32 AM

Email ThisBlogThis!Share to TwitterShare to FacebookShare to Pinterest
Labels: About That Ceasing Seething, Brazen Blogwhoring and Attention Sluttery, Dark, My Blindness, My Complicity, My Favorite Post Ever, My Inability to Shut the Fuck Up, Notley