And she opens the door of her cadillac

Photo of Earthgirl and me descending Cadillac Mountain past Saturday 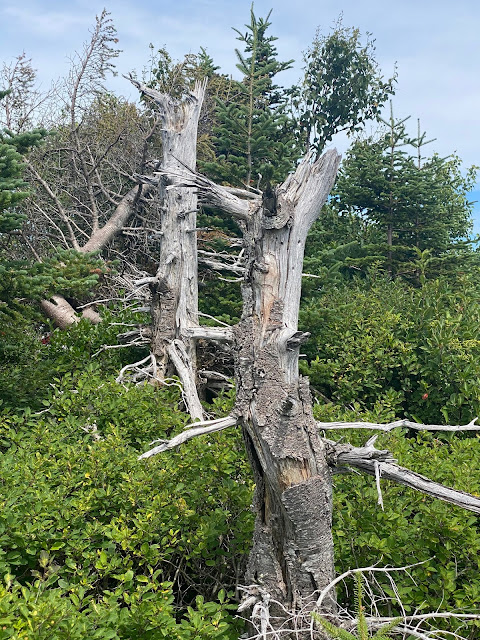 
Comes the time when it’s later
and onto your table the headwaiter
puts the bill, and very soon after
rings out the sound of lively laughter—
Picking up change, hands like a walrus,
and a face like a barndoor’s,
and a head without any apparent size,
nothing but two eyes—
So that’s you, man,
or me. I make it as I can,
I pick up, I go
faster than they know—
Out the door, the street like a night,
any night, and no one in sight,
but then, well, there she is,
old friend Liz—
And she opens the door of her cadillac,
I step in back,
and we’re gone.
She turns me on—
There are very huge stars, man, in the sky,
and from somewhere very far off someone hands me a slice of apple pie,
with a gob of white, white ice cream on top of it,
and I eat it—
Slowly. And while certainly
they are laughing at me, and all around me is racket
of these cats not making it, I make it
in my wicker basket
Posted by BDR at 8:33 AM

Email ThisBlogThis!Share to TwitterShare to FacebookShare to Pinterest
Labels: About That Ceasing Seething, Acadia 2020, Another Attempt to Shut the Fuck Up, Brazen Blogwhoring and Attention Sluttery, My Blindness, My Complicity, My Inability to Shut the Fuck Up