You Wood Have Too Oracle Snow

I'm not dark but I am shadow and am foreshadowed by how every day feels exactly like the last but worse plus one and how I know today how tomorrow will feel plus one shittier. I never believed a post-election relenting of Trump's assholosity, his crackers' batshittery, of Democrats' motherfuckerality, of plague's inevitable tides, of our shitlords' sociopathic anthroposuicide, of Napoleon's just diagnosed severe and possibly late-stage heart disease, o wait, that one's new, we'll know more after his next appointment this coming Friday when his heart is xrayed and cat EKGed and we'll need possibly make a decision about how many months he has left or not, we wouldn't have known if he hadn't been wounded by another cat or a fox or a coyote or a nail under a porch or shed, I only took him in this past Saturday to get the wound clean, verify he was up-to-date on rabies shots, the vet saw the heart-disease signs instantly, telling me they are subtle and slow and hard to pick up when you see the cat every day, the vet neutral in prognosis ahead of more tests but certain in his diagnosis, and blood work drawn that day has confirmed, strange, the news on Napoleon feels like the standard assholosity and batshitterry and motherfuckerality and plague tides and daily anthroposuicide that has always existed and will always exist, we talked about this on Sunday's hike when we hadn't heard yet on Nap's bloodwork but assumed the inevitable dreariest worse, what we know tomorrow will feel like 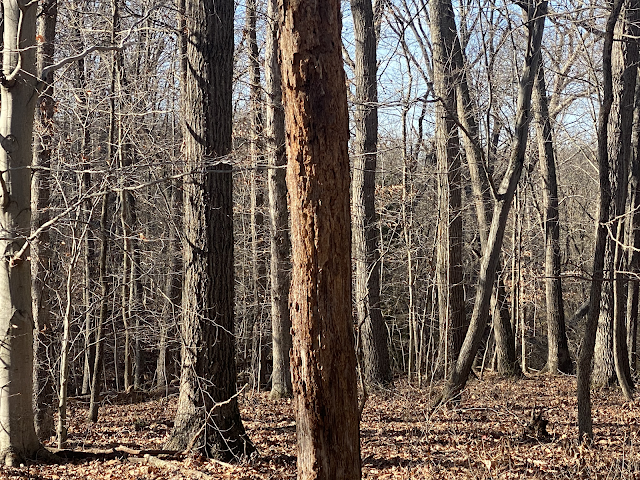 BE CAREFUL WHAT YOU WISH FOR

exurb. What were you driving at (when you said): Used to joke I’m in the retirement business. The snow is beginning to fall again. I’m wondering whether I should go out. How can you give orders when nobody is listening? A friend and two boys. Here where love was quiet it was possible to think discontinuously of the folds ahead, faith on a tricycle. Only it. Or she got a hole in her dress. It was a million to one it was something bad. The windows rattled as the train swept through at breakfast.

You may want to rethink that decision. Bother the others… It was right there in his military book. You wood have too oracle snow. You knew that. Everybody did. My dynasty, confessions of a lily from wire. That was a terrible thing to do purely naked. Groveling conditions apply, not to go all agony aunt on you. You’re not ready for this. No poet is, only you already came. The crane doesn’t know if the weather will return. I don’t want it. I don’t give a shit. Something that would have fell…the potato orchard with attached oriental kitchen.

They don’t say please in heaven. All business is carried out in the pre-noon hours, leaving time for naps and reflection. This is the kind of life I was supposed to lead. What happened? you ask. Cutie pie went bye bye. Once the hypnotic hour of twelve has struck you are like any other paying guest, waiting for the intoxicating smell of burgers to waft up the stairway. When Doc moved back to our area he noticed the wretched smiles, legacy of our previous god. Who, he wondered, enjoys this kind of ambiance. And sure enough, it was Independence Day. And word went out: It’s the right day but the wrong month. Go back to sleep. And they did (writing in the grass). The Fuller Brush man (clean-jawed) stopped by. See you down there. Lemme know. Just because Scooby Doo thinks you should…

Dirt officials implied a small little BOMB. And sleep, trying to find them. Now I approve not just initiative A-13 but the whole dumb panoply, Uncle Ralph. Sign me up for festooned. They say she was last seen by a lake, crying.

You knew that. Everybody did.

Email ThisBlogThis!Share to TwitterShare to FacebookShare to Pinterest
Labels: Big Blood, Brazen Blogwhoring and Attention Sluttery, Dead Blegsylvania, Fuck Me, My Blindness, My Complicity, My Inability to Shut the Fuck Up, Nap, Napoleon