But What About the Predatory Hand?

Now in my hand! 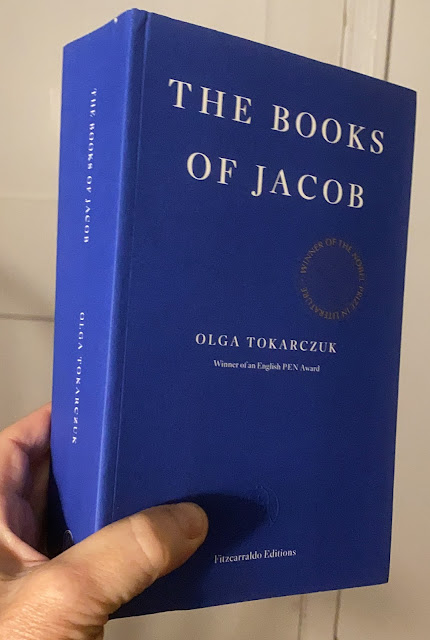 Which I had been waiting for for weeks in all expectation that I'd begin reading immediately, not having read anything that stuck until earlier this week when suddenly, for the first time in months, I reconnected with that seven volume 4000 page translated from the French obsessive monologue masked as a novel, I'm in volume three, the narrator has just discovered that his friend Saint-Loup's mistress is a whore the narrator had seen (if not had) on sale for twenty francs in a brothel years earlier, if I disconnect from that cinderblock now to try to connect to the cinderblock above (translated from the Polish) - and I might not *if* I tried - I may not reconnect to the French cinderblock until when? Twenty-seven new covid plague strains from now? Meanwhile: 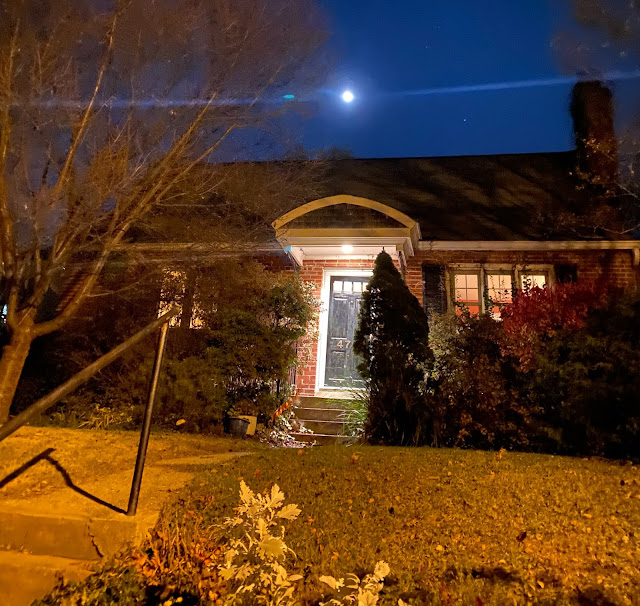 Moon above our house Wednesday night, below our house after Earthgirl installed a present for me Thursday night, it's so inside a joke (and not what you think), a small but huge offering, the telling would bore you but happy smile for me 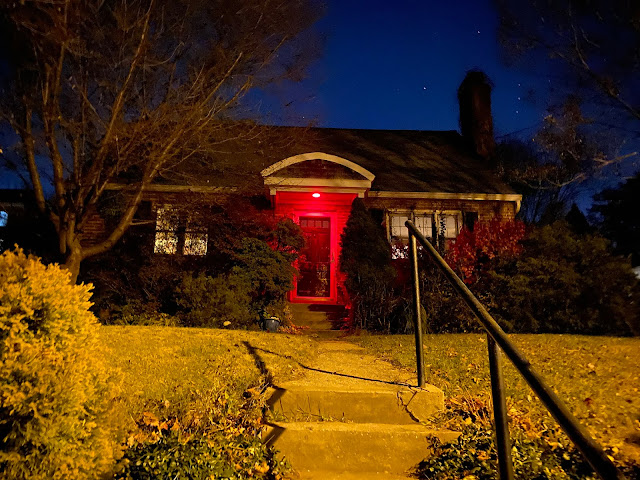 You do not seem to realize that beauty is a liability rather than
an asset – that in view of the fact that spirit creates form we are justified
in supposing
that you must have brains. For you, a symbol of the unit, stiff
and sharp,
conscious of surpassing by dint of native superiority and liking
for everything self-dependent,
on anything an ambitious civilization might produce: for you, unaided, to attempt
through sheer
reserve to confute presumptions resulting from observation is
idle. You cannot make us
think you a delightful happen-so. But rose, if you are brilliant, it
is not because your petals are the without-which-nothing of pre-
eminence. You would look, minus
thorns – like a what-is-this,
a mere peculiarity. They are not proof against a storm, the elements, or mildew
but what about the predatory hand? What is brilliance without
coordination? Guarding the
infinitesimal pieces of your mind, compelling audience to
the remark that it is better to be forgotten than to be remembered too
violently,
your thorns are the best part of you.
Posted by BDR at 10:01 AM

Email ThisBlogThis!Share to TwitterShare to FacebookShare to Pinterest
Labels: Brazen Blogwhoring and Attention Sluttery, Dead Blegsylvania, Futility, My Blindness, My Complicity, My Inability to Shut the Fuck Up, Proust