I Have Learned How Little Poetry Has to Do with Anything 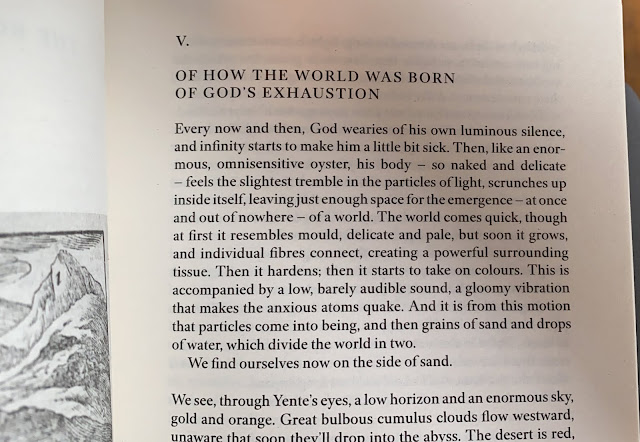 Books of Jacob, Olga Tokarczuk, page 812, which doesn't mean I've read 812 pages, the book is numbered backwards, though I am 100 pages in. It's 1750, eastern Europe, Jews and Catholics and Muslims and Poles and Ukrainians and Ruthenians and Podolians and Romanians and Magyar and Turks, shitlords and bankers and shopkeepers and peasants, all immiserated, hungry, scared, plague plagued, all searching for a savior (and a book) to rescue them from all the others, so it's today

New Spicer uncollected, second major uncollected for me this year (Ashbery's the first), bought last Friday night in our first trip to Politics and Prose since the plague lockdowns, if you already Spicer it's essential, if you have not Spicered yet start with the published and after you're ravished and raw then read the uncollected, there are no saviors but I can pretend to have patron saints 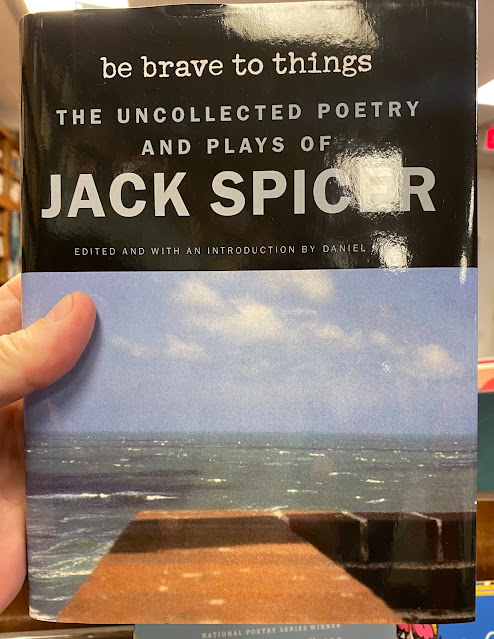 "GOODNIGHT, I WANT TO KILL MYSELF"

Goodnight. I want to kill myself.
Goodnight. I want to kill myself.
Goodnight. I wrote a beautiful poem
But goodnight
Barton Barber jumped out of a 20 story window
While his father was buying cigars.
But goodnight.
Donald Bliss drank a bottle of brandy
And then a little bottle of cyanide
Outside the Greek Theater
But goodnight
I have seen enough of you, good night
I have seen that anyone can write a poem.
Hart Crane died so that faggots could write poetry.
And faggots have written poetry
Olson says that he wrote nominative poetry.
Forget it, I said, goodnight.
This is the last trick. I have discovered
How easy it is to write poetry.
How little it counts. How few sighs
At the best are at the end of a poem.
But goodnight, I have learned
How little poetry has to do with anything.
Goodnight. They knocked on my door tonite
And gave me cigarettes
Poetry is gone. Anybody
Can have his door knocked on and be given cigarettes
Anyone can be given a poem

Email ThisBlogThis!Share to TwitterShare to FacebookShare to Pinterest
Labels: Brazen Blogwhoring and Attention Sluttery, Dead Blegsylvania, Futility, My Blindness, My Complicity, My Inability to Shut the Fuck Up, Spicer, Tokarczuk