the archer, the oink angel, angel of ten dollar bills found in the dryer or the one who welcomes you in work gloves and says if you’re caught eating a single peach, even windfall, you’ll be executed 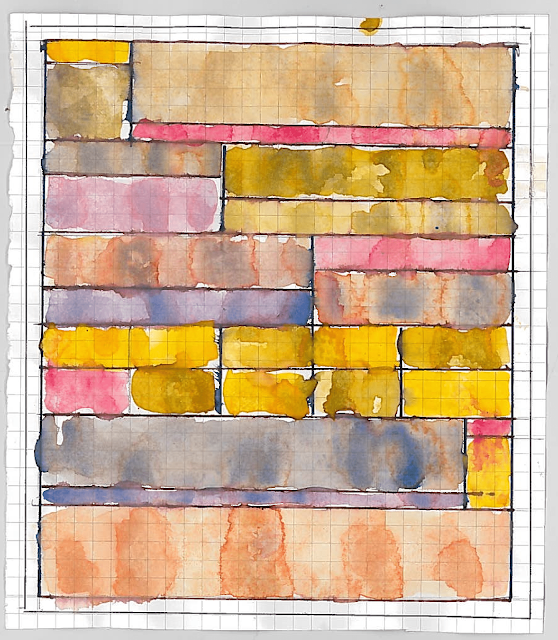 I’m thinking it’s time to go back
to the peach farm or rather
the peach farm seems to be wanting me back
even though the work of picking, sorting,
the sticky perils and sudden swarms are done.
Okay, full disclosure, I’ve never
been on a peach farm, just glimpsed
from a car squat trees I assumed
were peach and knew a couple in school
who went off one summer, so they said,
to work on a peach farm. She was pregnant,
he didn’t have much intention, canvases
of crushed lightbulbs and screws in paste.
He’d gotten fired from the lunch counter
for putting too much meat
on the sandwiches of his friends
then ended up in Macy’s in New York
selling caviar and she went home
I think to Scranton, two more versions
of never hearing from someone again.
I’d like to say the most important fruits
are within but that’s the very sort of bullshit
one goes to the peach farm to avoid,
not just flight from quadratic equations,
waiting for the plumber,
finding out your insurance won’t pay.
Everyone wants out of the spider’s stomach.
Everyone wants to be part of some harvest
and stop coughing to death and cursing
at nothing and waking up nowhere near
an orchard. Look at these baskets,
bashed about, nearly ruined with good employ.
Often, after you’ve spent a day on a ladder,
you dream of angels, the one with the trumpet
and free subscriptions to the New Yorker
or the archer, the oink angel, angel
of ten dollar bills found in the dryer
or the one who welcomes you in work gloves
and says if you’re caught eating a single peach,
even windfall, you’ll be executed.
Then laughs. It’s okay, kiddo,
long as you’re here, you’re one of us.
Posted by BDR at 10:42 AM

Email ThisBlogThis!Share to TwitterShare to FacebookShare to Pinterest
Labels: Brazen Blogwhoring and Attention Sluttery, Dead Blegsylvania, Futility, jeffflags, Maine2022, My Blindness, My Complicity, My Inability to Shut the Fuck Up