I'm getting the impression New England doesn't want Planet to attend any of it's colleges: 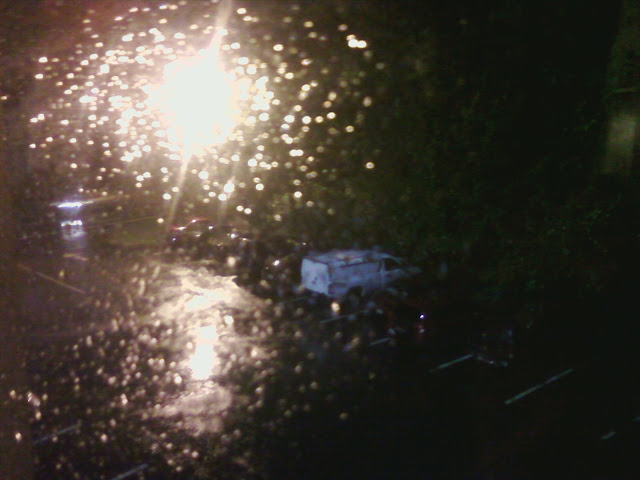 That was the view out the Holiday Inn window in Portsmouth NH at six this morning, and today's forecast was two-three inches of torrential rain with wind gusts up to 60 miles per hour. Hmmm, what happened last time we were up here last Spring during the storm that flooded Rhode Island: 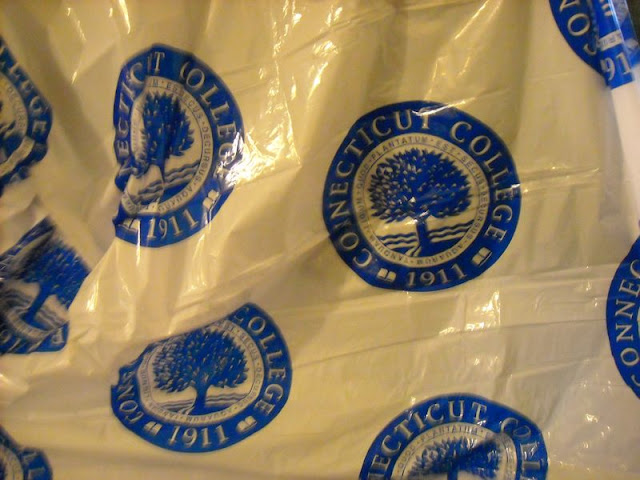 That's a poncho they had ready for visitors (there were at least 100 of us) who weren't ready for the downpours, and despite all my preconceptions and doubts plus an hour-plus moving in and out of buildings and through a steady cold downpour.

Well, we just finished our second visit to Bowdoin as the storm was peaking, not for a tour - we toured last August and would have again today if the weather was good, but traveled this far for an interview with an admissions officer. Even in the rain, maybe especially in the rain, it's a beautiful campus: 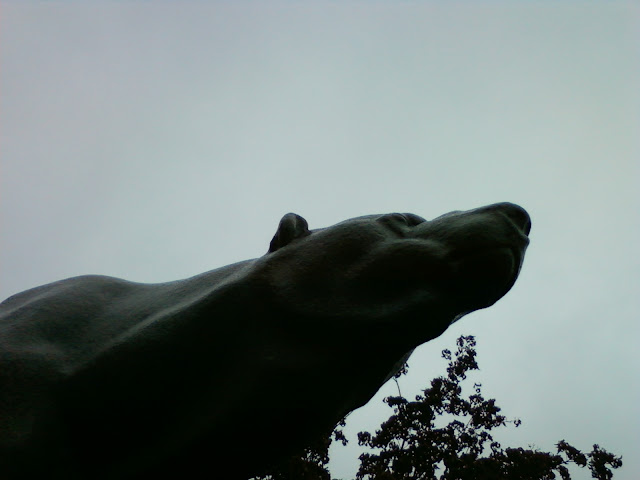 And it was by far Planet's best interview experience. The guy was funny, smart, provocative, informative, encouraging, and then walking around campus afterward in the abating rain was fun. I realize that after most visits the leader in the clubhouse is the latest school visited, but until two hours ago I never heard the word's "I'm thinking about applying for early admission." Has Bowdoin jumped to the top of Planet's list? 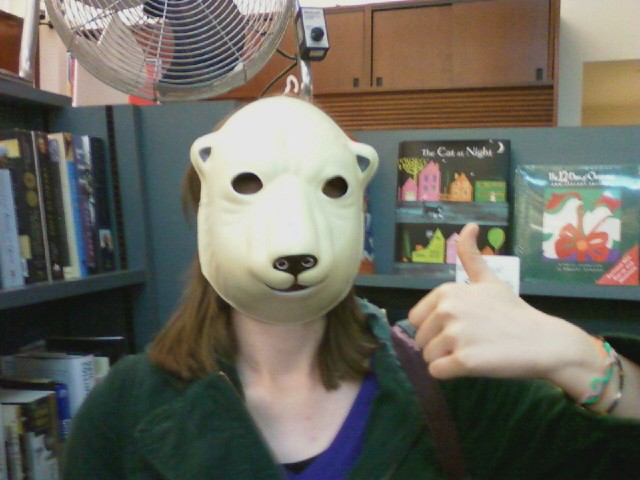 My name is Raz Godelnik of Eco-Libris , a green company working to green up the book industry by promoting the adoption of green practices in the industry, balancing out books by planting trees, and supporting green books.
I'd like to invite you to participate in the 2nd Annual Green Books Campaign: On November 10, 200 bloggers will simultaneously publish reviews of 200 books printed on recycled paper or FSC-certified paper. The campaign will use the power of the Internet and social media to promote books that are printed in an eco-friendly manner.

THE FURY OF RAINSTORMS

Anne Sexton
The rain drums down like red ants,
each bouncing off my window.
The ants are in great pain
and they cry out as they hit
as if their little legs were only
stitched on and their heads pasted.
And oh they bring to mind the grave,
so humble, so willing to be beat upon
with its awful lettering and
the body lying underneath
without an umbrella.
Depression is boring, I think
and I would do better to make
some soup and light up the cave. 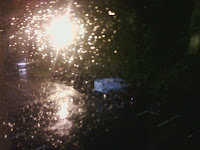 Here's another of Planet's mix: