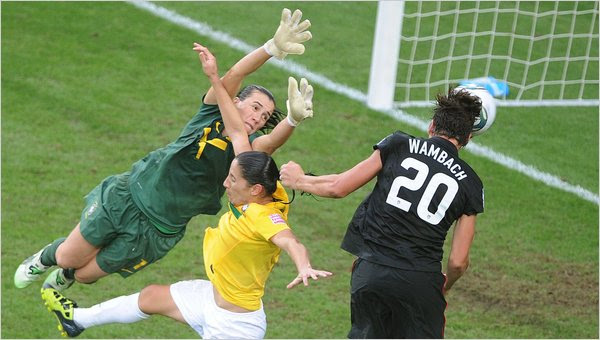 I haven't been following and hence not blogging the Women's World Cup; I don't lack damn, I lack time. Still, happily, I watched today's USWNT v Brazil game, one of the most remarkable soccer games I've ever seen for multiple reasons.

In another positive developments in gender equality, the all woman refereeing crew proved they can be (a) as incompetent as any four man crew and (b) as petulant when called on their incompetence as any crew of men. The suck was spread relatively evenly against both sides (USWNT got the breaks early, and should have had one player red-carded for a second yellow on a blatant handball, Brazil late - Brazil's goal in overtime was offside), but the refereeing sucked constantly.

Two and a half well-spent hours today, four and a half hours in the past eighteen hours of compelling, satisfying soccer bliss. This oughta drive the pings down. 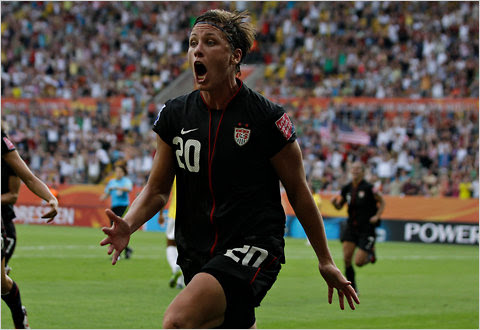 Adding, I love Abby (as four of you can vouch), but since when is black a color of the US flag and, in a set back to gender equality, why are the USWNT players dressed as nurses. Shittier kit than even United's megashitty red.
Posted by BDR at 2:50 PM