A Man Was Sad—for Himself, Maybe for Someone Else, Maybe He Had Lost Something, or Someone—So He Hired Some Workmen to Erect a Monument 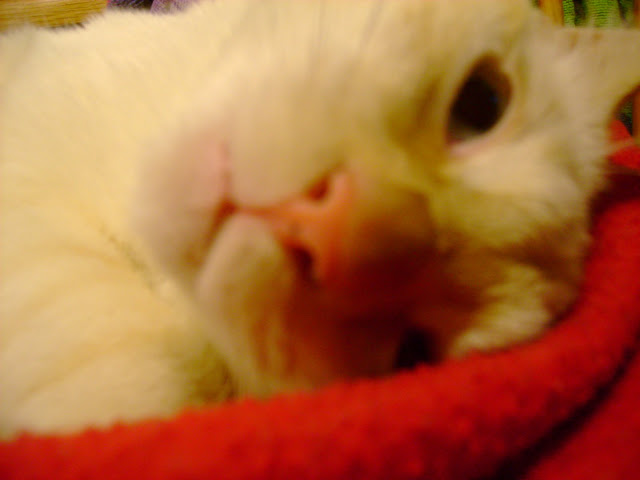 I've fought off writing this for months, and the friend of a friend's question last weekend re: why blog? makes the itching worse, so fuck it, I'm tired of scratching and I won't stop scratching until I scourge myself and I might as scourge myself during the Blog Days of Summer. Normally I'd wait for a Saturday, the slowest day of the blog week, but this Saturday is a High Holy Day, so today.

Psst, I'm an attention whore. Yes, there's blogwhoring in posting links to other bloggers. I believe I link primarily to give like-minded and Kind people interesting things to think about, listen to, and giggle over, but if that was the only reason I need remove my statcounters and disable comments, and fuck that.

Yesterday I linked to a new addition to one of the Becauses; in the other Because a blog that'd been comatose for half a year awoke and rose like a floater to the top of the blogroll. Some of you pinged one or both of them, and both of the owners, blogwhores like me, came here and after one motherfucking second each decided this blog is unworthy of their motherfucking eyes.

It's true! Lots of people, upon first visit, look around and decide this blog sucks, and - fuck me - that's OK.  Many people in real life like me lots or dislike me intensely after spending a few minutes with me. That's who I am. I like to be liked but don't worry the hate. That's true too of this blog.

Ah, better. Past experience suggests another bloglava eruption around the new year, but shit, I'm just a motherfucking amateur fraud who still can't help requiring my own bullshit meet a certain standard of bullshit, unlike this fat brilliantly fraudulent bastard, the greatest con-man of his generation:

- You write a novel? Who'll read a novel with no women in it?
- But baby, there will be, I'll do it just like Proust did, write about it simply everyone I know and then just go through and change boy's names to girls, I know the perfect Odette...
- You ought to go back to analysis. Or have a vagotomy and get it over with. Just because your analyst killed himself...
- He didn't kill himself, it was an accident.
- An accident? He ties a rope around his neck and climbs out a window, but the rope breaks and he falls forty-six stories, so it's an accident?

A man was sad—for himself, maybe for someone else, maybe he had lost something, or someone—so he hired some workmen to erect a monument. He was not surprised when they came calling early one morning, while he was still in bed, but he was surprised when, with a practiced slash, the foreman opened his chest. "We build the monument inside," the foreman said. "But who will see the monument?" the man protested. "It's a monument for feeling, not for seeing," the foreman replied.

The operation was unpleasant but was soon over. And sure enough, after a brief interval of recuperation, the man felt, he thought, a little less sad than before.
This lasted a while, but then he felt the sadness returning, in spite of the dark, heavy space in his chest where the monument rested, nestled in flesh. He called the workmen again. They obligingly came and repeated the procedure.

Over the ensuing months and years, the man had cause to call upon the foreman and his crew repeatedly, as new life brought new losses, new sadnesses. His chest became a jumbled cabinet of monuments, the fatty tissue of his upper arms and thighs, his bowels: even his fingers and toes felt weighed down by his commemorations. At length, it was all he could do to lift the telephone receiver at his bedside. He called the foreman. "I can't get up," he said. "I can't even move." "An unfortunate side effect," the foreman told him. "Really, there's nothing we can do."

Bedridden, the man felt deprived even of what had been the most mundane pleasures of daily life: strolls down the avenue, the smell of bread baking at a neighborhood patisserie, autumn leaves. It was not turning out at all as he had expected, this life.

Inside his body the monuments huddled. Mutely, he thought, though sometimes, late at night, when he tried to shift position, they brushed against one another and made what could only be called sounds, though no one else could hear them, and he heard them, if he heard them, with his body, rather than with his ears.

When the man died, his landlord, his executors, eventually the city authorities all attempted to wrest his body from what had become his deathbed. No one could move it. Finally, they called the foreman, who agreed to try one last procedure on the corpse.

They were beautiful, his monuments. People traveled into the city from miles around to view them. The city graded and graveled lanes in what had been the sad man's body. Clerks and engineers began to take their families there for picnics. A bandstand was built. Lovers gathered at dusk for concerts and, later, laid out blankets on the generous lawns, over which the monuments stood like sentinels. "Look at the stars," the lovers whispered to one another. "Look up at the beautiful stars."