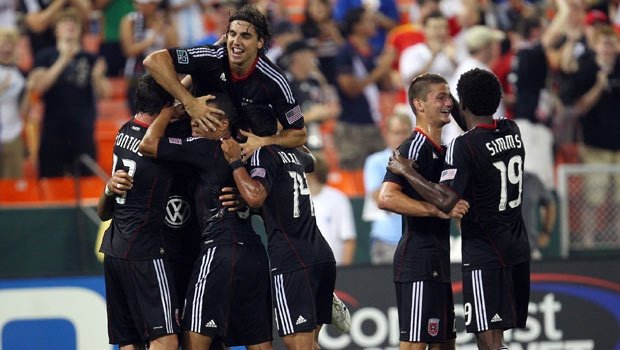 Yay! It'd been a long time not only since a home win like this. Bullets:


Two road games this week, Thursday against a beatable Chicago (which I'll watch), Sunday against a decent Kansas City Wizards (which I won't watch, will be driving home from dropping Planet off at college, holyfuck)... wait, wait a minute, what the hell did Goff say? Playoffs? United is in good standing to end its three-year playoff absence. With the top three clubs in each conference assured of an automatic berth, United is just a point behind third-place New York and has played three fewer matches. Even without a top-three finish, if the season ended today, United would be among the four wild-card teams. Jeebusfuck, shut up.
Posted by BDR at 9:45 AM