Waters Flow Past, Older, Younger Than He Is, or I Am 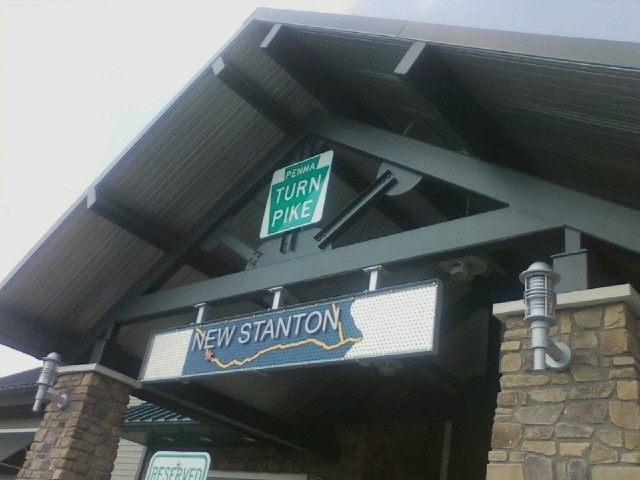 Seven hour drive, counting three rest and gas stops and a thunderstorm that freakily started on the Pennsylvania-West Virginia border and stopped at the West Virginia-Ohio border. Interstate 70, between New Stanton and the West Virginia line, is the narrowest, most poorly designed and engineered interstate I've ever driven, but the back roads in Ohio north of Zanesville were pretty, and with good weather and better planning, this can be an easy six hour drive.

Drove around campus, which is gorgeous, then tried to find something to eat in the nearby burg, and there's nothing: it's not a bad town, it's just a nothing town. What few local restaurants there are we don't know (and the woman who checked us in, when we asked, recommended nothing local - oh god no is what she said when asked about local restaurants, said stick with the chains, so we pulled into a Tuby Ruesdays at 830, starving, ordered, sat for 45 minutes, nothing. Earthgirl had ordered something which gave her salad bar and had eaten a plate. We asked the waiter to let us know how much the salad was, we're leaving, the manager came out, blessed us, told us the salad was free, apologized, busy, short-staffed, please come back. The experience wasn't a total waste: Earthgirl and Planet saw their first two sets of bumper nuts on pick-ups in the parking lot, and in the 45 minutes waiting for food that never arrived we tried to figure out which two in the restaurant owned the trucks. Lots of choices.

Six in the morning, I'm wide awake, others will sleep to nine, I can't turn the light on to read and I'm incapable of not posting (though I claim to be working on that) so have some links, a poem, two favorite songs posted too often, and this view out the window of a Omfortcay Inn in Some Town, Ohio. Also, apologies to greyhoos, who bore my anger at something blegsylvanian (no, not that, something else). 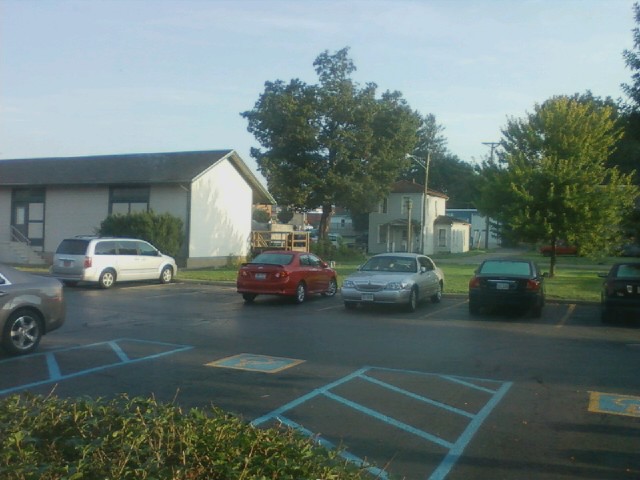 
Strange bird,
His song remains secret.
He worked too hard to read books.
He never heard how Sherwood Anderson
Got out of it, and fled to Chicago, furious to free himself
From his hatred of factories.
My father toiled fifty years
At Hazel-Atlas Glass,
Caught among girders that smash the kneecaps
Of dumb honyaks.
Did he shudder with hatred in the cold shadow of grease?
Maybe. But my brother and I do know
He came home as quiet as the evening.
He will be getting dark, soon,
And loom through new snow.
I know his ghost will drift home
To the Ohio River, and sit down, alone,
Whittling a root.
He will say nothing.
The waters flow past, older, younger
Than he is, or I am.