But K, I said exasperatedly last night at Thursday Night Pints, moved again to Tuesday cause I'm going to Bamgier Thursday (more about that tomorrow, or not), remember that Obama had total cover to go progressive if he'd wanted to. He could have said any cracker could summarily execute any brown person that cracker deemed dangerous and he'd still been called a Muslim sleeper by said cracker, he could have given bankers the right to take my house even if I was ahead on mortgage because the banks could sell it for more than I owed them and still been called a socialist by the Chamber of Commerce. This a digression from Occupy: L said Occupy will help Obama's reelection campaign, K added Occupy might help Obama regain his footing, I responded profanely then said the two sentences above. 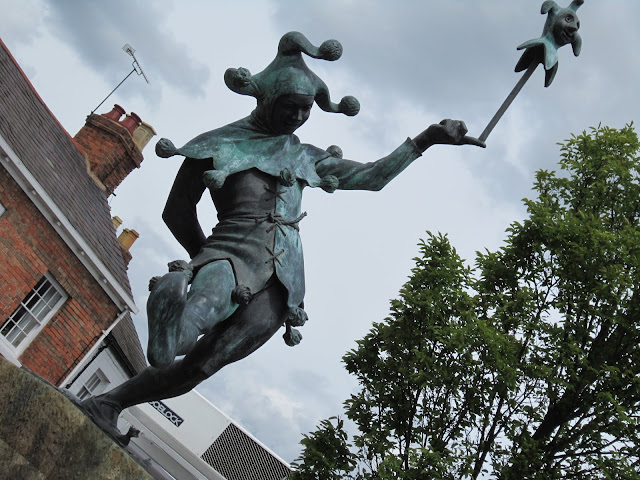 Like the header? UPDATE: Too bad, it's gone - I was bored, then I was told it sucked, which hardened my determination to keep it, then I was told by two people it kept the motherfucking bleg from loading, so - That's a photo from Stratford-on-Avon where I was four months ago two weeks from now. That was weeks before rioters burned Tottenham, remember that, two months or so ago, feels like a decade? Yay or nay on the header if you feel like it, not if not. It'll be there until it isn't.

Hey, did you know Washington DC has a professional soccer team? 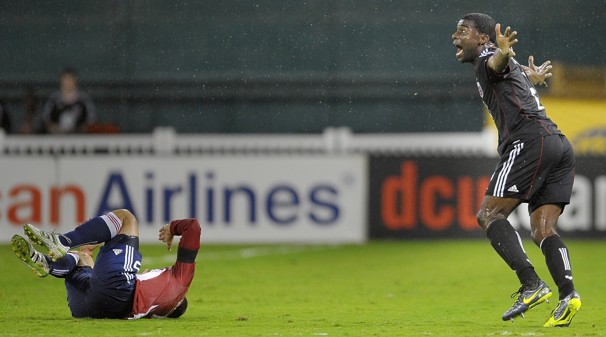 
Any fool can get into an ocean
But it takes a Goddess
To get out of one.
What’s true of oceans is true, of course,
Of labyrinths and poems. When you start swimming
Through riptide of rhythms and the metaphor’s seaweed
You need to be a good swimmer or a born Goddess
To get back out of them
Look at the sea otters bobbing wildly
Out in the middle of the poem
They look so eager and peaceful playing out there where the
water hardly moves
You might get out through all the waves and rocks
Into the middle of the poem to touch them
But when you’ve tried the blessed water long
Enough to want to start backward
That’s when the fun starts
Unless you’re a poet or an otter or something supernatural
You’ll drown, dear. You’ll drown
Any Greek can get you into a labyrinth
But it takes a hero to get out of one
What’s true of labyrinths is true of course
Of love and memory. When you start remembering.