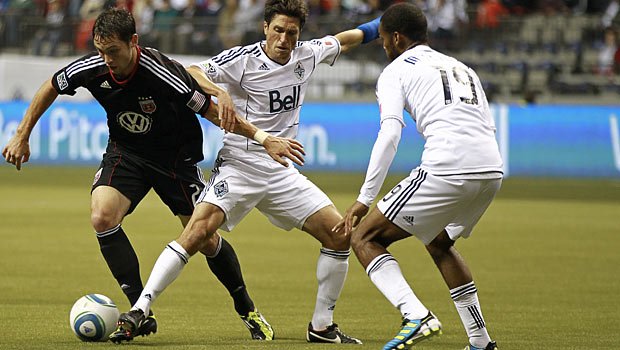 Too soon for the obituary, but when it's written it's likely that cause of death was Chris Pontius' broken leg in that spectacular win at Chivas in August when United looked as dynamic as they had since 2006, looked legitimately dangerous. Since then, but for DeRossario's thirty minutes against Salt Lake, United's looked like last year. (And yes, it was a handball, but so?)

Playoffs? United hasn't won back-to-back games in two, three years, what makes anyone think they can win three in a row at home? (I will be at the last two, I'll be in Ohio - more on that shortly - this Saturday.) And to be fair, DeRossario away on Canadian National Team duty or not, a team starting Chris Korb, Marc Burch, Daniel Woolard, Steven King, Blake Brettschneider, and Josh Wolff, ain't going anywhere.

This isn't anger or frustration but perspective: United hasn't enough depth to offset the loss of key-players. This season is better than last season. Next season will be better than this one.
Posted by BDR at 7:50 AM