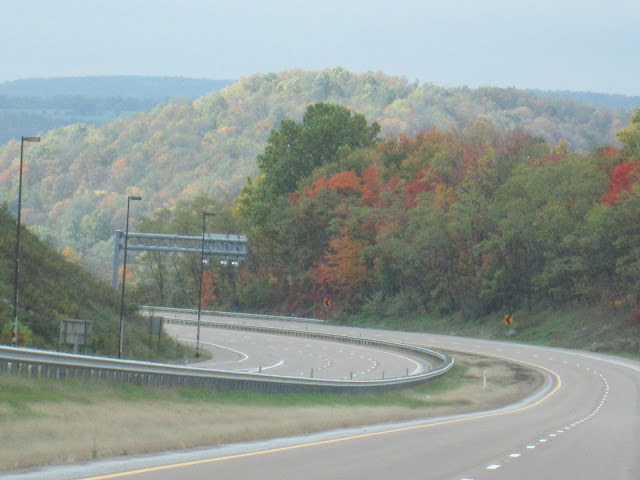 Took I-68 west from Hancock through Cumberland to Morgantown then I-79 north to Washington PA instead on the Turnpike and gorgeous, what we could see in the rain and the fog, what we couldn't see in the rain and the fog. There is a farm on the right heading west just shy of Flintstone, just before crossing Town Creek, that I could put 36 holes for disc and Earthgirl could raise llamas and alpacas, it's what I want for Giftmas, please buy it for me. 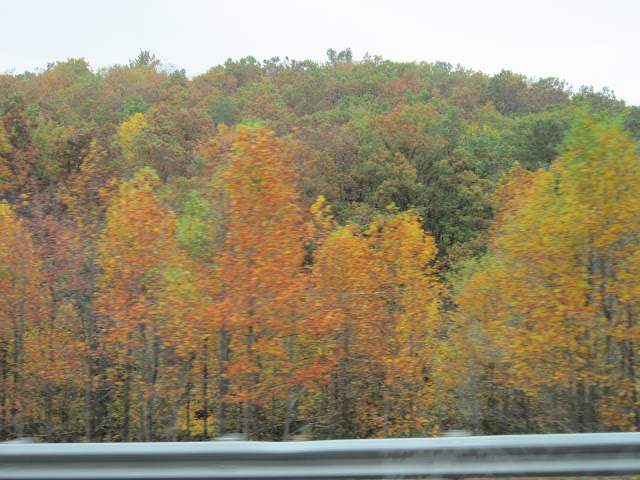 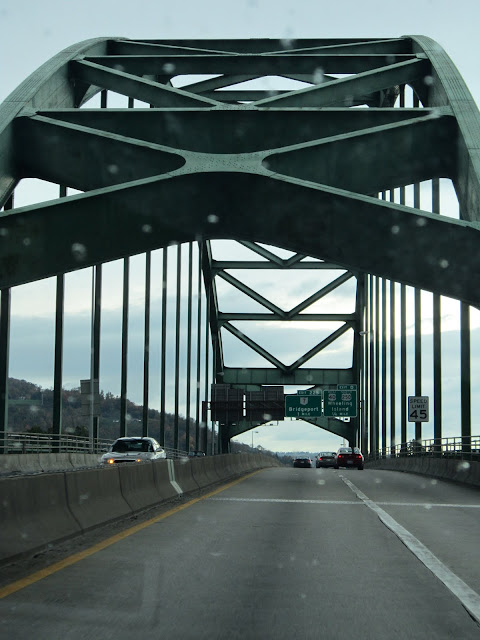 Made great time, even driving through downtown Wheeling - the above is the I-70 bridge over the Ohio between Wheeling and Bridgeport, which of course requires I give you this poem (for the umpteenth time):

IN RESPONSE TO A RUMOR THAT THE OLDEST WHOREHOUSE IN WHEELING, WEST VIRGINIA HAS BEEN CONDEMNED
James Wright
I will grieve alone,
As I strolled alone, years ago, down along
The Ohio shore.
I hid in the hobo jungle weeds
Upstream from the sewer main,
Pondering, gazing.
I saw, down river,
At Twenty-third and Water Streets
By the vinegar works,
The doors open in early evening.
Swinging their purses, the women
Poured down the long street to the river
And into the river.
I do not know how it was
They could drown every evening.
What time near dawn did they climb up the other shore,
Drying their wings?
For the river at Wheeling, West Virginia,
Has only two shores:
The one in hell, the other
In Bridgeport, Ohio.
And nobody would commit suicide, only
To find beyond death
Bridgeport, Ohio. 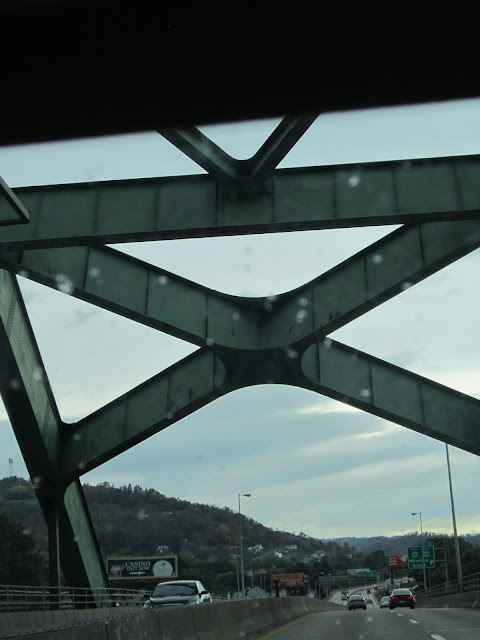 Well, making good time until Bethesda! (also near a Barnesville!) where Ohio DOT caused a ten mile back-up on I-70 so two fuckers in neon vests could smoke cigarettes in the right lane of bridge over US 22. Fuckers. Still, made Zanesville in little over six hours. Planet needed finish some papers, so didn't drive to Bamgier, instead tried a local restaurant the hotel desk manager highly recommended (we could walk to an Olive Garden or Red Lobster from the hotel, and fuck that). 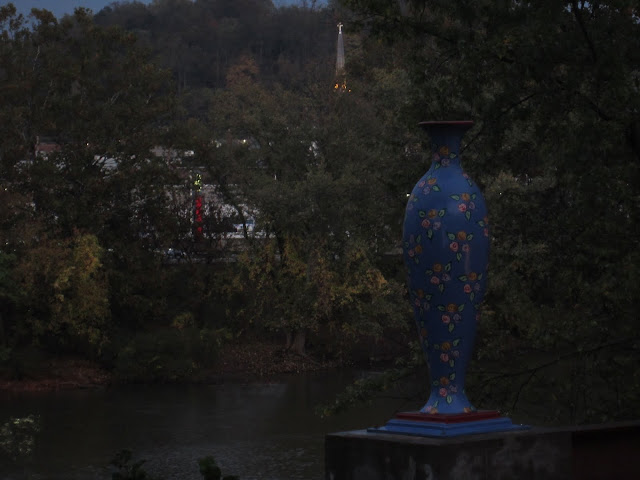 Muddy Miser's, on the banks of the Muskingum. We sat at the table under the fish in the website photo. Earthgirl had the walleye reuben, I had the walleye fish-and-chips, yummy, charming. 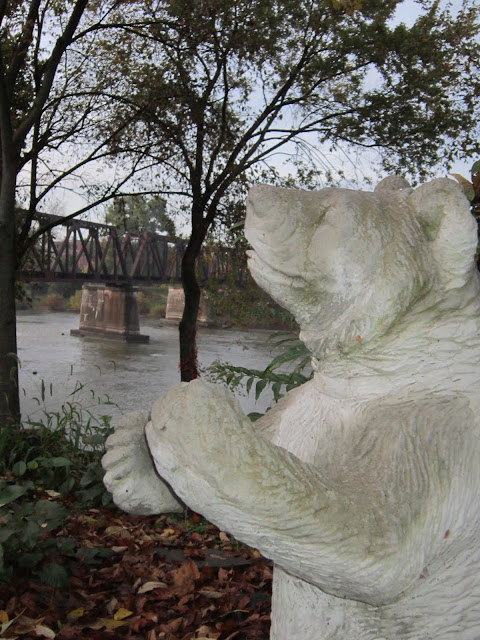 Bamgier tomorrow, Parent's Weekend activities then dinner with Planet's new buddy (who shares Planet's name, her fifth friend with the same name, we thought we'd picked not a unique but a pretty and plain little used name, and no, Planet's generation is full of Planet's real name) and her parents, then back to Zanesville to sleep before Saturday. Expect more photos. 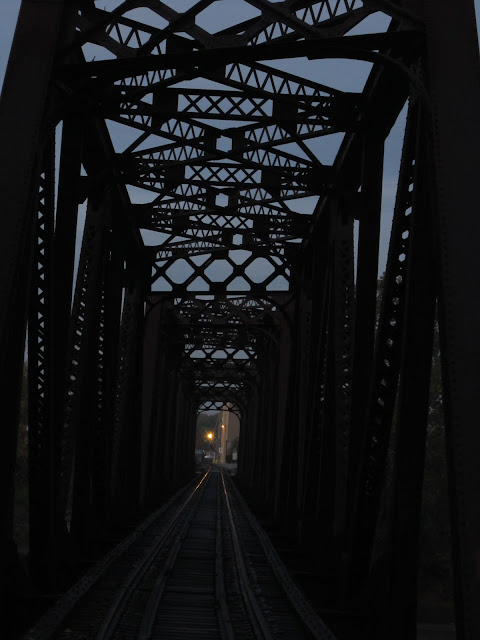 
I love him so, this creature I do pray
was treated kindly. I will pay
as much as pig-lovers see fit
to guarantee him that. As for his fat,
I’d give up years yes years of my
own life for such
a gulpable semblable.
(My life! Such as it is! This
liberality of leaves! The world
won’t need those seventeen more
poems, after all, there being
so few subjects to be treated. Three
if by subject we mean anyone
submitted to another’s
will. Two if by subject we mean
topic. One if by death we wind up
meaning love. And none if a subject
must entail
the curlicue’s indulgence of itself.)