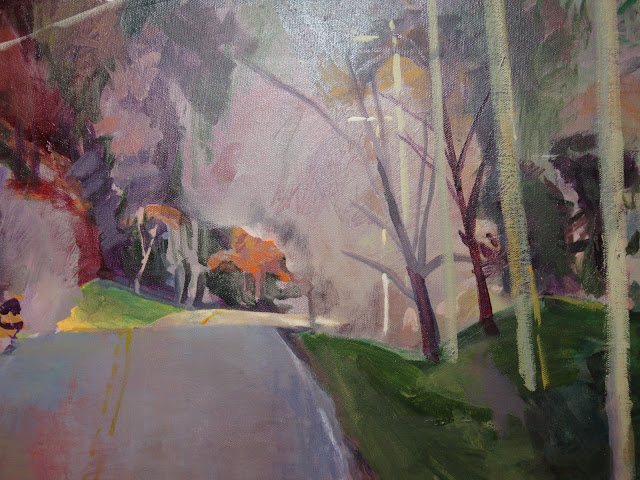 End of the slowest week of the year in Blegsylvania in a dying Blegsylvania, end of Planet's visit, she's back in Bamgier, end of Earthgirl's show, end of Earthgirl's paintings here*, end of Occupy - all Corporate had to do was wait for motherfucking Giftmas, let the motherfucking peasants pepper-spray each other over motherfucking game-boys, though punching fucking hippies was too much fun to resist. Meme the Davis cop onto motherfucking Rembrandt, peasants, see if Corporate cares, Black Friday sales up 7% over last year in a worse economy, revolution, you motherfucking indoctrinated motherfuckers, by which I mean me, out $175 on a pair of Vasque hiking boots with goretex against Ohio snow as an early Giftmas present for Planet. 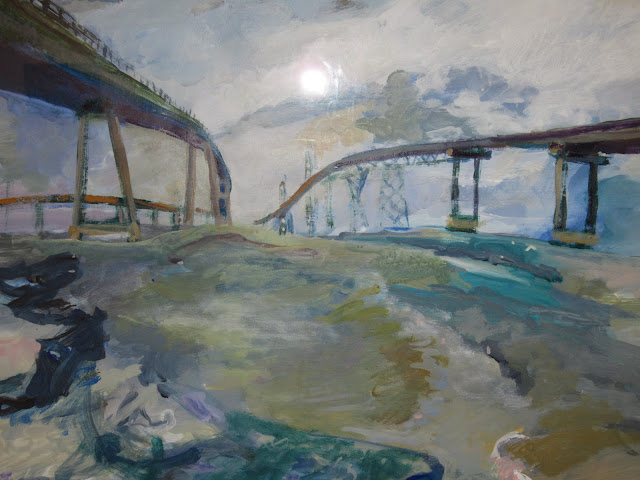 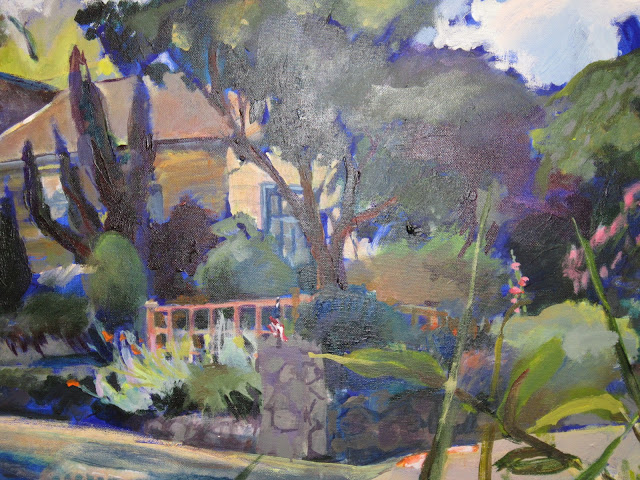 THE ANNIHILATION OF NOTHING


Nothing remained: Nothing, the wanton name
That nightly I rehearsed till led away
To a dark sleep, or sleep that held one dream.
In this a huge contagious absence lay,
More space than space, over the cloud and slime,
Defined but by the encroachments of its sway.
Stripped to indifference at the turns of time,
Whose end I knew, I woke without desire,
And welcomed zero as a paradigm.
But now it breaks—images burst with fire
Into the quiet sphere where I have bided,
Showing the landscape holding yet entire:
The power that I envisaged, that presided
Ultimate in its abstract devastations,
Is merely change, the atoms it divided
Complete, in ignorance, new combinations.
Only an infinite finitude I see
In those peculiar lovely variations.
It is despair that nothing cannot be
Flares in the mind and leaves a smoky mark
Of dread.
Look upward. Neither firm nor free,
Purposeless matter hovers in the dark.