I overheard two cops talking, one saying, I don't understand, why don't they sit down and negotiate, to which I said, I said at Thursday Night Pints, but aren't you here to make us sit down and shut up if ordered to by the same people you'd ask us to negotiate with? L said, you weren't clubbed? Occupy wasn't interested in fucking with the police - the police had no interest in fucking with Occupy, I said. I saw some video, D said, they weren't in riot gear. It was totally non-confrontational, I said. One of the speakers said, I said, Now, we're going to turn around and leave peacefully because they (meaning the cops) don't think we can. Of course they think they could, I continued, they had already started dismissing half their presence while the event was still going on. See any Hilltop people, K asked. Two profs, one who you'd guess from your department, another from Spanish and Portuguese, I said, three students in Hilltop gear, rich white boys, standing off to the side mocking, videoing, the fuckers. Silence. Did you see the article in the student newspaper, asked D. Yes, we mumbled. We'd already had our two rounds. Guess I won't have any trouble getting across the bridge, said L, and we left and she probably didn't. 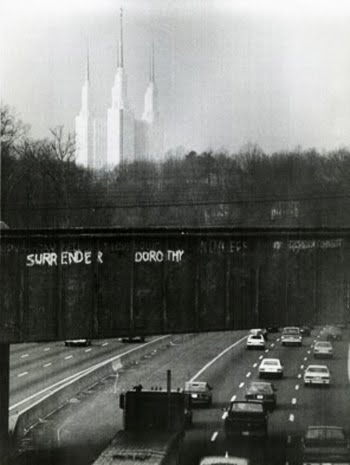 CHRIST AMONG THE MONEYCHANGERS, 1929

Among shivering bankers the coin went false,
and on damp walls the shreds of tapestry
repented the cost of flowers under glass,
the foul pool swollen with fish, small vanities
whose scales were weighed out coolly in silk thread.
The stink of plaster corrupts the polychrome
and carp convert in secret to the cause
of wall-eyed ancestors flaking under crests
now mangy lions rise rampant to protect,
their hair shirts still acrawl with louse and worm.
The raggled matrix of an hour’s peace
cannot reform crude factions of a state
never alone except among the mad,
who on their knees vomited up pale blood
that splashed like taxes on the flagstones.
Sumptuous deaths in the shade of politics,
and then the posthumous careers, the charter bus,
the cure of hunting hawks and not their masters.