All the Seats Were Occupied 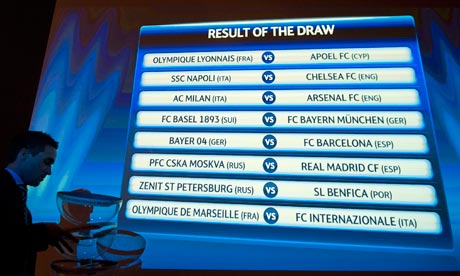 Today's draw. You realize that whoever wins the Barcafuckers/Realfuckers match, whether in knockout or in finals, will win, yes? While I rarely root for Italian clubs - normally I'd root for anybody but motherfucking Madrid to beat any Italian club - imagine the existential aargh of the English football fan if Chelsea and Arsenal crash out in round of 16. Go Napoli, Milan.

Also, I just remembered I had promised a dear friend I'd post this sonata for Beethoven's birthday today, one, two, three, I can't hear the opening bars of the second movement without hearing Karl Haas say "Hello everyone."

Also, one, two, three perspectives while they're fresh on Hitchens, who I read when he was crucifying Kissinger but not so much lately and whose death seems to signify to many some kind of watershed moment. Also, here's a friend's post from 2008 on Hitchens.

Also, heard this on Bryce's show today and had an excellent flashback: