I'll post more over the weekend. No eulogy from me, I promise. 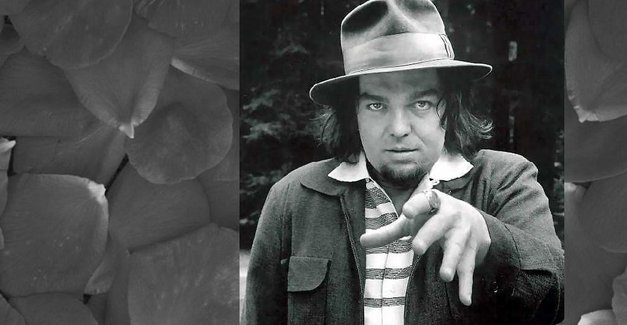 Please read and listen to this.

Another broken promise: here's my eulogy -

Whatever truths, myths, fables, lies about Beefheart's and Zappa's relationship - and I like Zappa, but I love Beefheart - in my cosmology they are bound, and it's apt that Beefheart died during Zappadan.

I love Beefheart, but I love love love Pere Ubu and all the other sounds that wouldn't exist if not for Don Van Vliet. No Beefheart, no Pere Ubu. I can't imagine.

And the uncanniness of serendipity - just as I'm falling in love again with Stanley Elkin, finishing up The Franchiser, the first novel in which he introduces his own battle with multiple sclerosis, Van Vliet's death from MS and the chance to fall in love again again.


I sent this email request yesterday morning (subject line = Beefheart) to the AM DJ of the station I listen to:

Get you to play a song or two? He's grandpa to at least half the bands you play.

No Beefheart, no return email.

Sent this email to midday host of the station I listen to:

Hi Chxryl, can I get you to play some Beefheart please, how about "Sue Egypt" off *Doc at the Radio Station* please and thanks.

I must confess, I'm shocked at how little air love Beefheart has got at KxXP. From what I can tell from looking at the playlists since the news of Beefheart's death there has been one song played (on Cole's show Friday).

I realize I'm older (by far) than many of the DJs there who may never have heard or heard of Beefheart, but half the bands and solo acts you all play are descended by some greater or lesser degree to Beefheart. Anyway, I dig the man and his music.

All best. Have a great holiday.

No song. No return email.


I don't care they didn't play Beefheart - I'm old, they're young; they may know the name but not the music and don't feel comfortable playing something they've never heard; they may know the music and not like it; they may have had their sets planned out and couldn't find a good seque; whatever: I've never expected all my requests to be played; it's their show. Still, I've been listening to and interacting with and giving money to this station for a decade, these djs aren't friends by any means but they know that I'm a loyal listener. Acknowledge the motherfucking email.

I thought about bitching in a post then decided no, don't be petty, when into my mailbox came (I swear to St Benny of Olsen and will forward the time-stamped email to you if so requested):


’Tis the season. I watched A Christmas Carol with George C. Scott playing Scrooge as though it was the first time I’d heard the story, and thought, “Now there’s a great message, I’ve got to remember that!” (That guy can act!) So, now my heart is bursting with good cheer and thankfulness.
I’m thankful for KxXP listeners like Jenneviere from San Francisco, who recently wrote this to John Richards: “You routinely surprise me by seemingly reading my emotional landscape and playing music that is a direct reflection of how I'm feeling on any particular day… Without ever having met me, you, day after day, mix the soundtrack of my life, and have moved me to laugh, to cry, to dance, to sing...  I am most sincerely grateful.”
KxXP’s staff and volunteers work tirelessly to bring you these incredible music experiences. No matter where or how you listen, please support the music community that brightens your day and brings you hours of inspiration and enjoyment.
Why is it important to donate now?
Angriest year of my life. Every day a renewed apostasy, every day a replayed apostasy. I'm dumber today than yesterday. I can't see anything but angrier ahead.