I Fell into the State, and I Hunched in Its Belly Till My Wet Fur Froze

I had a reader who picked me up two blog addresses ago in 2004 and read me and occasionally commented for five years until I posted a link to a story about a deer-hunter who fell from a tree-stand and died while trying to shoot a deer and I teeheed some version of YAY! I am small this way. I've always admitted I'm a bigot, long-timers here can vouch, though it occurs to me I haven't said so so explicitly in a while, so here it is: I hold negative stereotypes against American crackers and christers. In my happiness that the hunter bambied himself, my first reaction never considered that the hunter's primary goal might have been feeding his family through a harsh winter. The reader teed me up, whacked me down the fairway, then said goodbye and, unless he's moved from Eau Claire, Wisconsin, has not been back.

This off yesterday's post in which I boofuckinghooed the stress of Air Force drone pilots as reported in the NYT. Friends reminded me not to attack the soldier, attack the system that deliberately creates the economic distress necessary to maintain an all volunteer military. Here's some of my email response:


The boofuckinghoo was more directed at the attempt by the Times to elicit sympathy from me for the pilots who in theory aspired to this job - presumably it's highly competitive (since there are only X-number (someone around 800 if I remember correctly off the top of my head) and prestigious and a good career path. And the story also stated that their stress is being caused by long hours, not guilty consciences.
Drones bother me inordinately and intensely on multiple and conflicting levels, including the deep level of moral cowardice involved in sitting in a room thousands of miles away and playing with deadly model airplanes. Perhaps to the bombed there's little difference between being obliterated with a drone as opposed to being firebombed by B-29s over Dresden, but there is a difference between the guy in the ball turret with flak flying at him and some drone jockey in an air conditioned room at some Air Force facility.
So yes, while I lack decent sympathy for the drone pilots, I shouldn't have been so casual vis a vis the family members their stress affects. I'll address it with an update to the post or (far more likely) next non-Giftmas in post....
and parts of another:

In my reflexive first thoughts it never occurred to me to equate these drone pilots sitting on an Air Force base safe and whole and the marine private getting shot at. My assumption is/was that the drone pilots have relatively privileged status within the military. That doesn't mean they didn't join the military for the same economic reasons that the marine private did. That's my mistake.
That's the gist of what I wanted to cop-to here, so I've spared me (and you) the eight more paragraphs I wrote in tablet reiterating the duhalectics we all recite to each other daily, though this: it occurs to me that, beyond the stereotypes I attach to people who want to be and/or are coerced into uniform, my different by degree loathing of drone pilots is animated by what I perceive to be a lack of honor in how they kill, that the murders they commit are less moral by whit of their own lack of mortal danger. That's a reaction that speaks to my induhctrination, my watching Patton and reading Catton over and over in my early teens, the still present code of military honor I once, and still must at some root level, romanticize. I'm working on it. 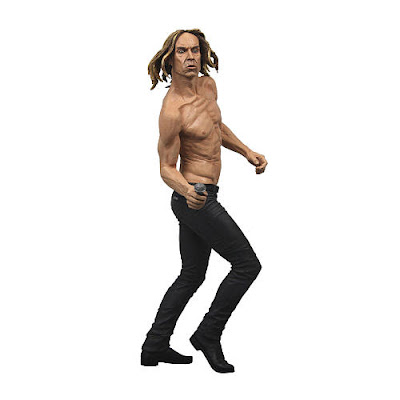 THE DEATH OF THE BALL TURRET GUNNER

From my mother's sleep I fell into the State,
And I hunched in its belly till my wet fur froze.
Six miles from earth, loosed from its dream of life,
I woke to black flak and the nightmare fighters.
When I died they washed me out of the turret with a hose.