An Appointment Kept in a Private Sea

We mostly talked about Hilltop at Thursday Night Pints which means it won't be talked about here. POTUS 12 did come up briefly: I was not chided as a mittenabler (copyright!) when I took my turn cursing motherfucking Obama. I asked, if the elite know there's no there there, that shit times are coming, the only thing that matters is expanding the police state, and Obama's done his job magnificently, it could not have gone better, and he will be rewarded with a second term. Got me a pint. Sure wish I could poem the Hilltop discussion here though. 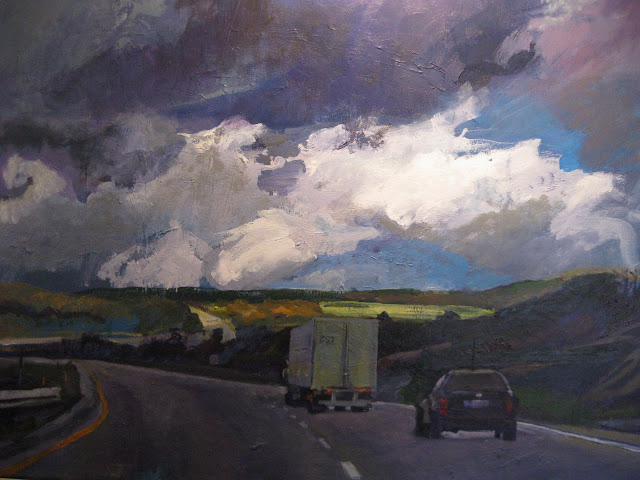 We'll be on that section of I-68 about three hours after I've plunged publish on this post, taking Planet back to Bamgier, so travelogue next two, three days. Earthgirl got a new camera for her birthday yesterday, I need some new paintings to post here. No time to read last night, this morning, so no links today. New Ivy?