Light Another One, the Vainglorious Interstate, Dusk and Ash - the Long Silver Tooth 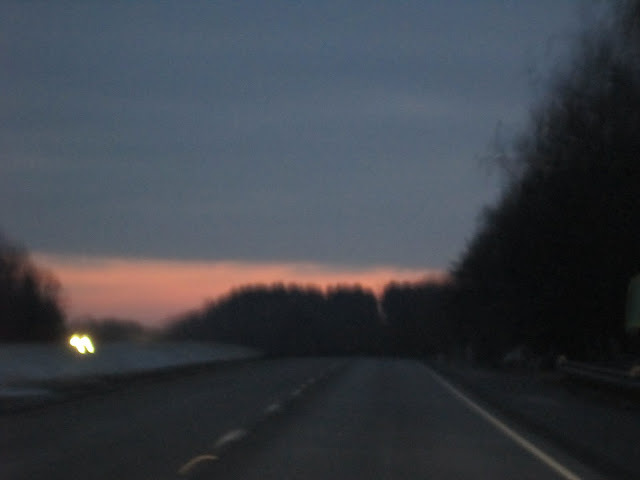 We left Zanesville at 6:30 yesterday morning and were home by 12:15, three pitstops included. I drove from Zanesville to just east of Hagerstown on almost ghost roads; there was a ten mile stretch on 70 east of Cambridge just after 7:00 when I didn't see another car in either direction then another ten miles when I caught up to a semi and a semi headed west. The sky was pink. From Friendsville uphill on 68 to Keysers Ridge just after 9:00 I passed a car and a truck, saw nobody - nobody - heading west until east of the exit to Oakland. The sky was turquoise. 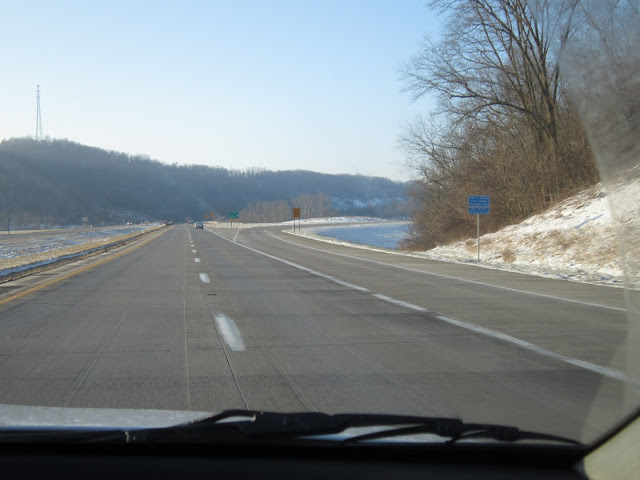 Driving on rural interstates early Sunday morning, it was beautiful, it was spooky, the roads, the backseat, empty. We talked about how we will sell our house and move to wherever our grandchildren are living if they're not living near us, how we'll not buy the farm at the bottom of Sidling Hill and build a disc golf course, raise alpacas and sell their wool. 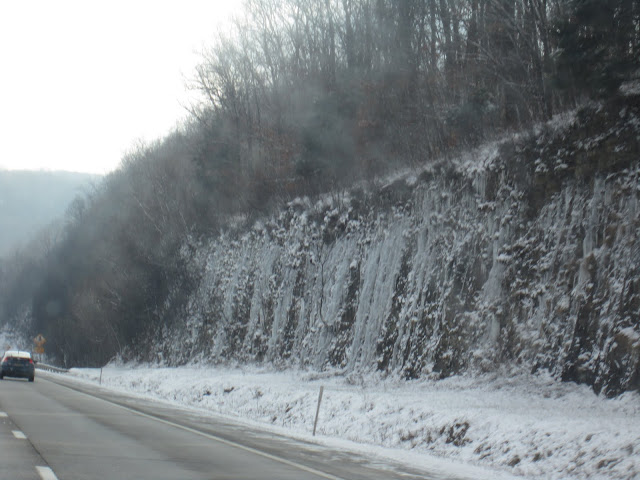 
A cigarette kiss in the desert. The wind-proof arc
of flame sparks inside the speeding Buick. Menthol:
a break from the monotony of highway nicotine—
most intimate of drugs. Make this mean sorrow
or thermodynamics, whatever small gesture
there is time for. Light another one, the vainglorious
interstate dusk and ash—the long, silver tooth.
This shirtless abandon, this ninety-mile-an-hour
electric laugh. The edges of windshield, haphazard
chatter. The clatter of the hubcap and the thunderclap:
the white-hot retinal memory of your life as a Joshua tree.
Permanence in the passenger seat. This long haul,
this first drag—nothing like cinnamon, nothing
like the iron taste on the back of your mortal tongue.