Where Is the Madness That You Promised Me? 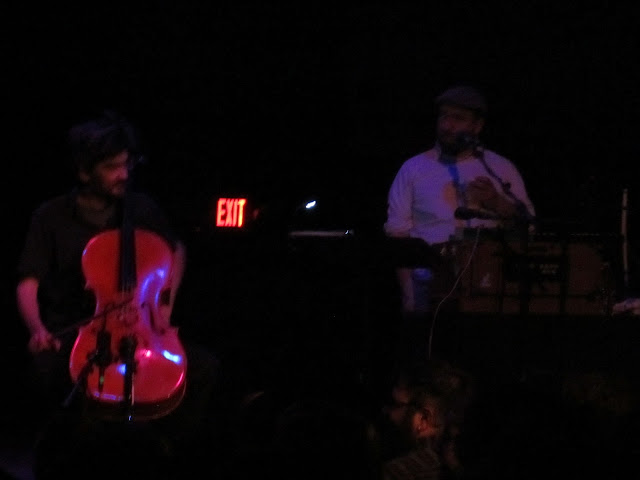 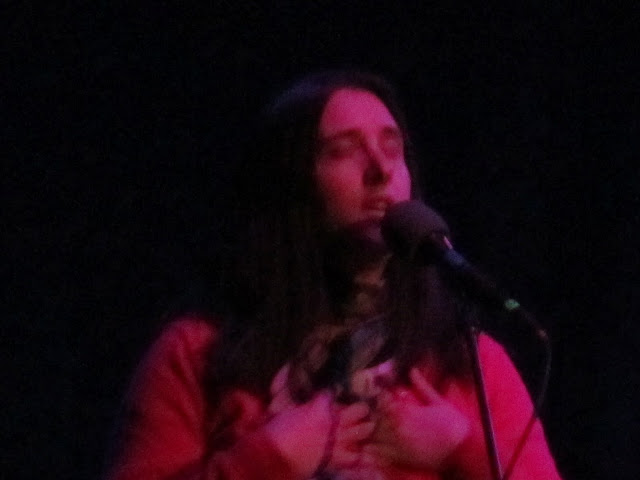 The show was fine. They played at least one song off each album, seven or eight songs off 69, and much of the new album which translated well from the synthesizer-driven sound of the record to the guitar and cello-based live set. Claudia and Stephin bantered, wittily per usual, this time especially about Claudia's bad reaction to echinacea pills the stage manager had given her for her cold prior to the show that were palpitating her heart. Throughout the show Stephin reminded us how loathsome and contemptible he considers us - "you try singing when people keep taking your picture even after you've asked them to stop," for example. At one point between songs one person yelled out one request, another another, and Merritt yelled "shut up," and Claudia said archly - as she has at most Magnetic Fields' shows I've seen - "if it's not in the book it's not in the show." At show's end, after the ridiculously perfunctory encore ritual, while Claudia, Shirley, John, and Sam acknowledge the audience, Merritt walked off without a nod. Grace still hadn't shut the fuck up. 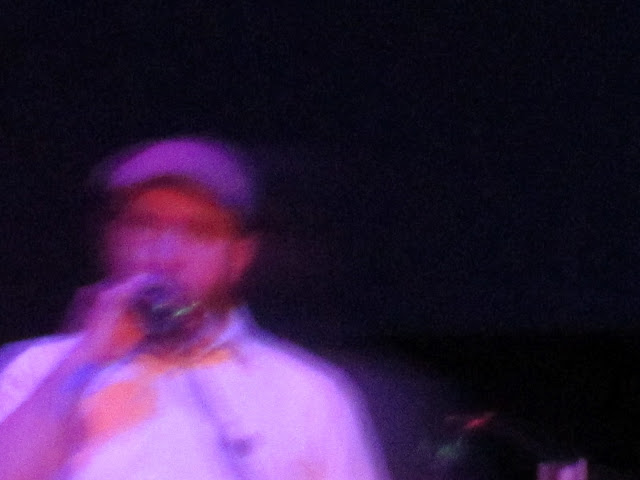 Look, it was a wonderful day with my wife and daughter (and Planet has a cameraful of shots much better than anything I can take from both the art museum and Magnetic Fields show; I'll post some if she sends me some) and the music was excellent, including the opening act, a solo artist from New Zealand who unfortunately calls herself Bachelorette, who did astonishing things with one guitar, two microphones, three keyboards and four computers, so take my grousing as ridiculously perfunctory self-indulgence, but Merritt so clearly didn't want to be there (as compared to how clearly he's never wanted to be there in every show I've ever seen - and yes, I know about his ears and give him due there) that I enjoyed the show thoroughly and thoroughly sourly.