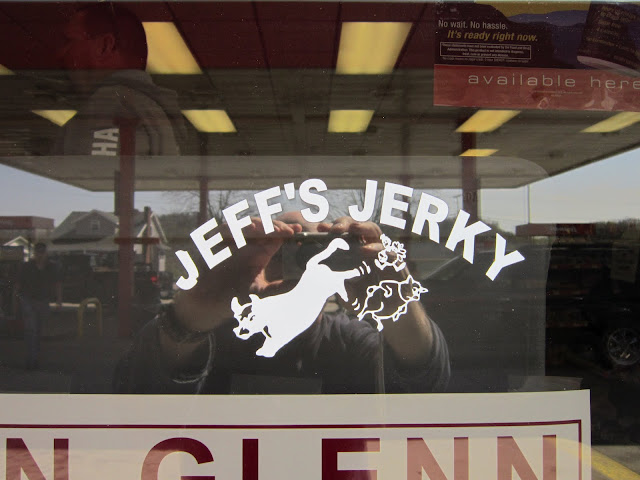 That's at a gas station in New Concord Ohio midway through our last day of driving on eastern Ohio two-lane highways yesterday. I prefer to think of the second word as an adjective rather than a noun, but I'm a self-centered ass. We're driving home early, a few minutes and cups of coffee after I post this (and it's all I had in me late last night), so photos, mostly, though I do want to note the newest addition to Me and Mine. Here's my birding station: 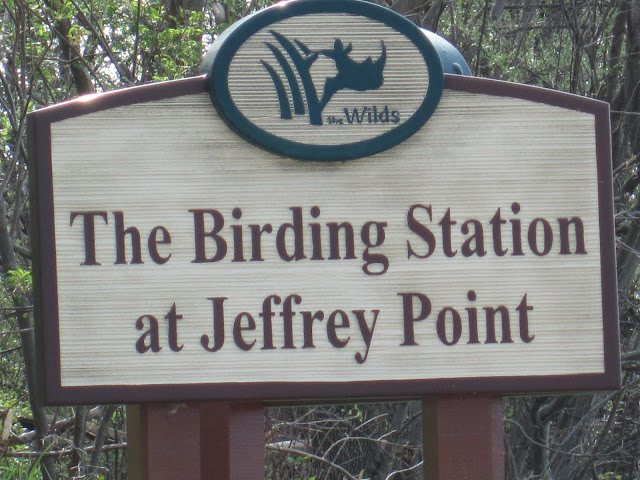 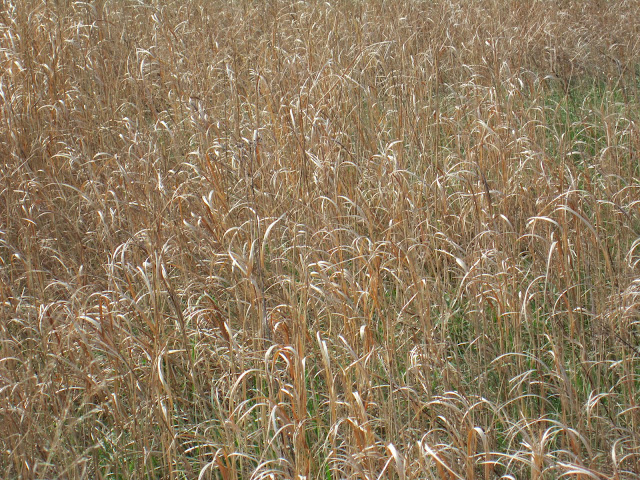 The above two and one below shot at The Wilds, a private wildlife preserve south of I-70, southeast of Zanesville. (It had nothing to do with the wild animal escape this past summer near Zanesville - that was twenty miles west of The Wilds.) I confess I know next to nothing about other it than I'd seen the signs on I-70 each previous trip to and from Bamgier and we inadvertently, if happily, stumbled upon it exploring this trip. Though closed - it's open in the summer - we drove on public roads through parts of it - it looks like savannah grasslands, and signs at the birding station said they burned and cut undergrowth to maintain grassland for hawks, ospreys, owls, and other birds. 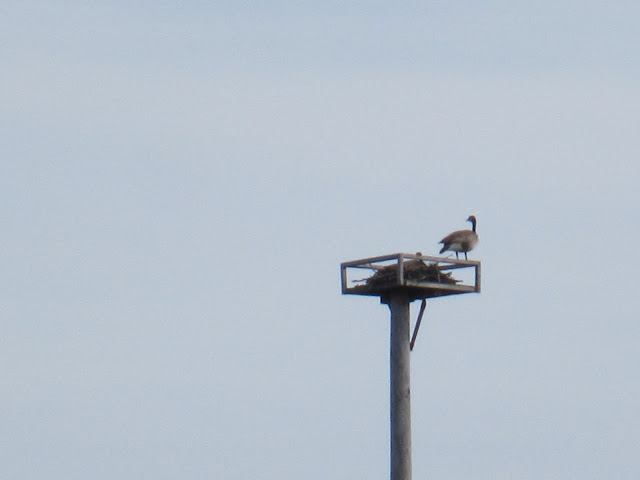 The remaining are from Planet's school, the revamped and brightened but still essentially 1970s brutalist library (they are everywhere) and excellent art gallery. Regular programming returns tomorrow, or not. 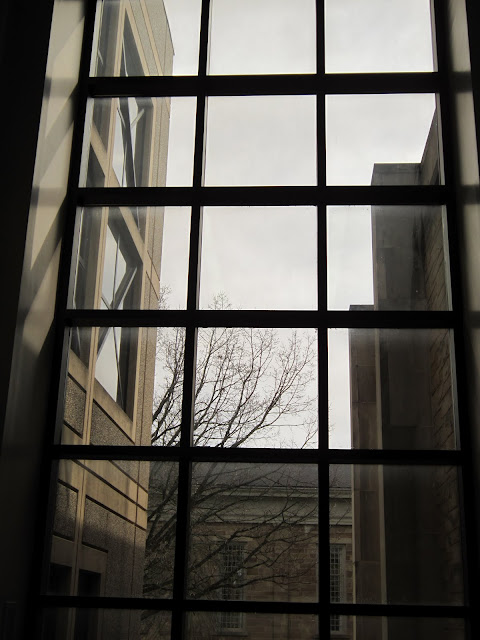 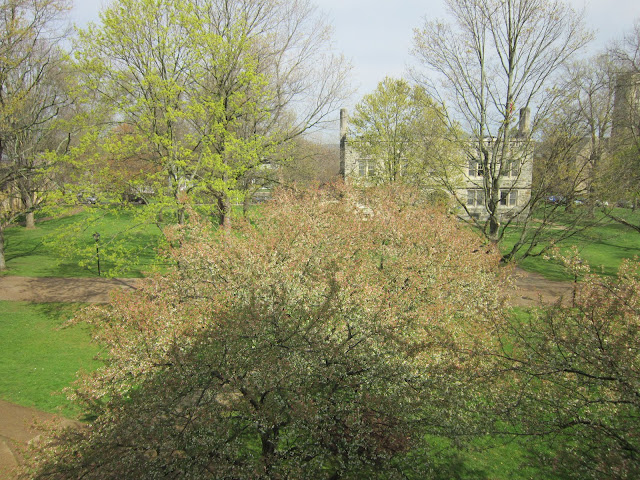 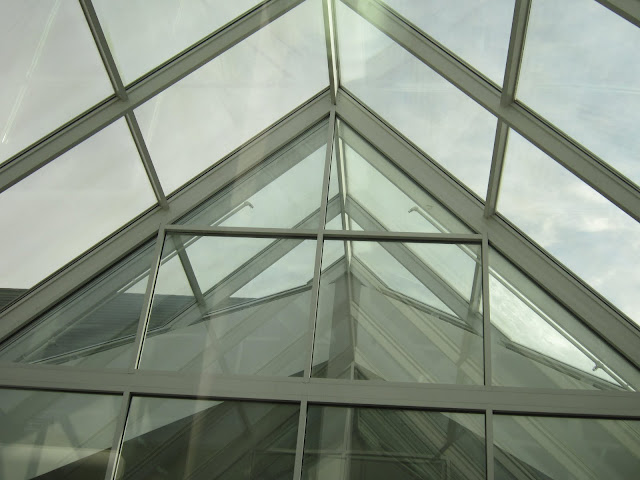 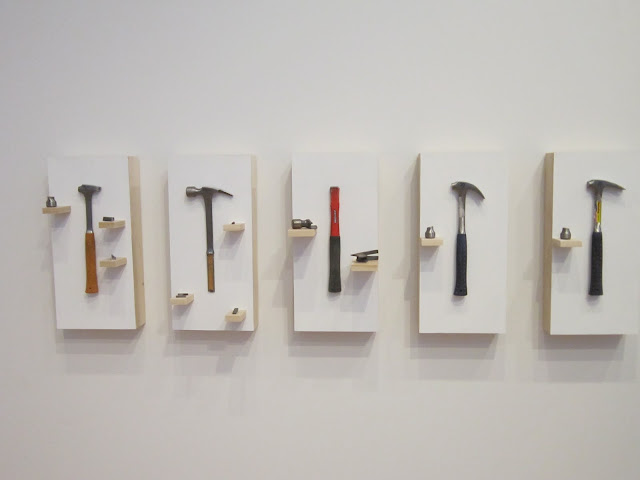 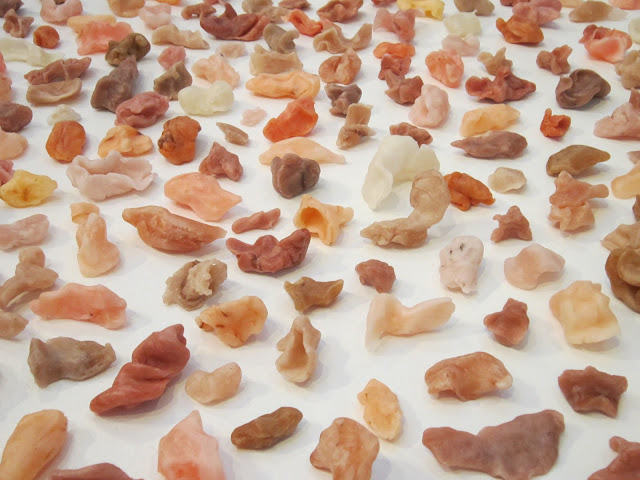 Email ThisBlogThis!Share to TwitterShare to FacebookShare to Pinterest
Labels: Autoblogography, My Complicity, My Favorite Post Ever, Tripping