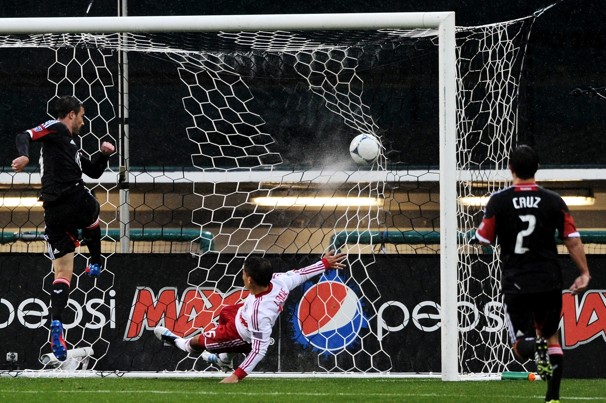 While celebrating Pontius' hat-trick please remember Metros were missing two starting defenders, its starting defensive-mid, and its left-back was starting his first game, then say so-the-fuck-what, enjoy! Primal screams, yo! Pontius punking Henry off the ball, racing towards goal as Henry falls - Oh! I've been wounded! - dramatically to ground clutching his face, a sequence I'll always cherish. Is Pontius the answer at second forward? I'm not sure - there were moments in the box where his inexperience with his back to the goal snuffed out opportunities - but he'll surely get another chance this coming Saturday v Houston.


Here's Goff, Fullback, Shatzer, Floyd. More later, including photos from the stadium, or not.
Posted by BDR at 8:10 AM