Yes I saw the news of Obama's new ad calling Romney a wuss then saw news the same day Hillary Clinton calls Bin Laden snuff just one of thousands of snuffs Obama's ordered and my first thought was there are no accidents round here, my second was of course Obama's running Hard Big Dick now to defuse the standard Republican cry that Democrats are soft on national security, demonstrating that while I'm an apostate in practice my knee-jerks still respond to decades of conditioned response to game situations. I've always known it was a game, and just because I root for neither team now it's still a game, but motherfucking Obama. I'll know when I'm fully apostate when I stop enjoying my apostasy so much, and Hey! Did you know Washington DC has a professional soccer team? 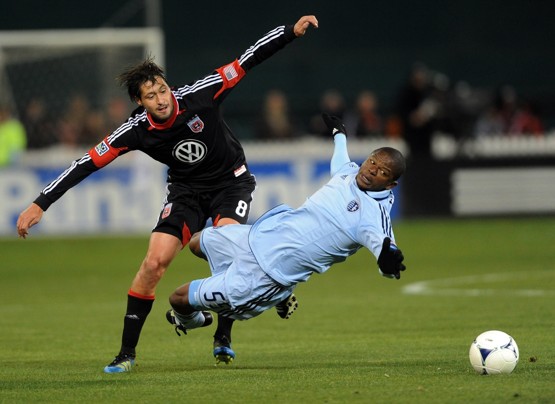 Surprised by a frill of white flower
where I'd never planted an eye,
I decided to fence it with sticks

and acidic white pine. Why not?
After all, away from the tribe,
in clay where beetles drill

and weeds emerge inspired,
it might grow eccentric, proliferate
and thrive.
When autumn air

said disinter, to fill the bin
for winter, I troweled under
and pulled the stem

might offer a vital lesson
to any apostate instinct
aspiring to survive.