He Wanted to Get into the Club, the Club He Was Clubbed Outside of


That's my and SeatSix's home course, Seneca Creek State Park in Gaithersburg MD. Those golfers are Premiership, I'm not even Conference South. SeatSix, Dr Z, and I played 27 this past Sunday afternoon, all throwing north of 100. Dr Z said, we should just consider, when pins are all in C or D, par 4 per hole, not to make us feel better but to make the in-your-head math easier: since four is the most likely score for chumps like us, keeping track of deviations from four is less finger-counting than deviations from three, which is traditional par in disc regardless of tee played or pin placement. 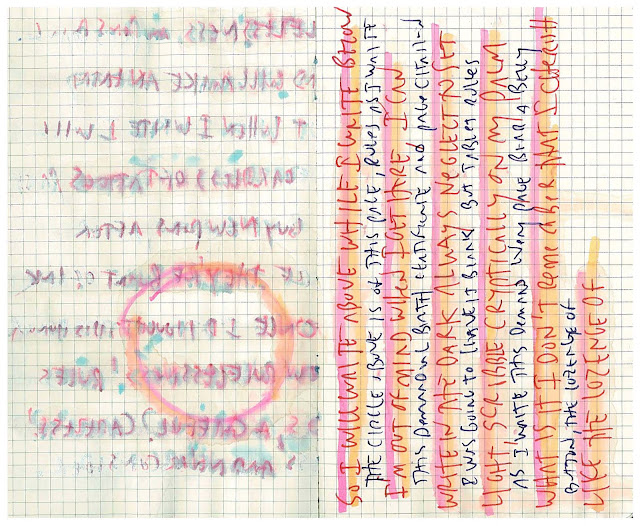 New tablet rules is/are new tablet rules as I detail how I fill a new tablet with page after bleeded into/out of new pieces on new rules on how I kill old rules. No matter how we change the scoring the winner and losers remain the same though both the differential between up and down grows wider as what we define as moral victory slides relatively. New problems rush to fill the vacuum of deleted fixed rules. The project will appear in full here and partially here. I mean, verily, fuck it. As always, fine metaphors abound. 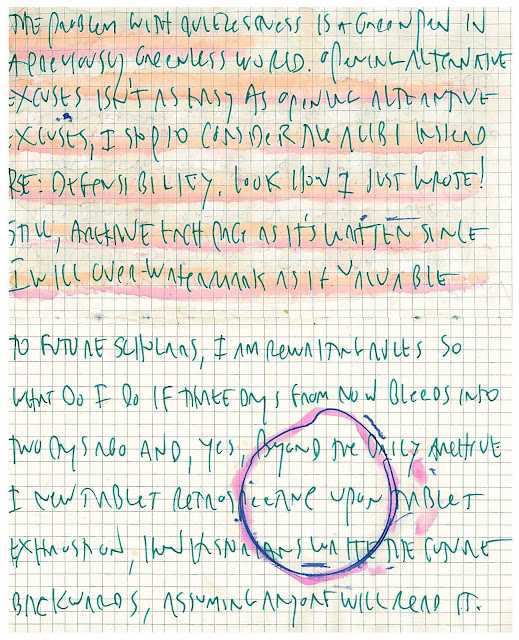 That pip in the pear is a blackbird. Tussle on the grass a grackle.

It is officially spring. Watch:

Some kids pulling up BURIED WATER PIPE flags. And next to

them the little violets. Rain violets. The flags are blue.

The sycamores are just greening. "The world in fact is just,"

Chaos said. And we believed him, who called himself

the most difficult thing he could think of. He wanted to get into

the club. The club he was clubbed outside of.


Later, it'll matter that there's no marker. Before he was Chaos,

Robin he was, because he stole. Was blank before.

A bronze angel thoughtfully placed for all who grieve a child.

Of course a child. What else might you have lost.