I Still Spill My Margins, My Line-Spacing, and Summon Crisis


At 2:58 PM EST yesterday afternoon Meredith Monk, with no prompting (I hadn't just heard a song on WFMU, wasn't thumbing through a stack of my CDs), started singing in my head. Besides this being a good thing, no one has submitted a playlist for today. In fact, consider this the last time I mention it - you are always welcome and encouraged to submit playlists, especially for weekend days in the Blog Days of Summer, but I'm not gonna badger you about it, though there will be a Wire cascade next non-United, non-birthday post unless I get one. It may be awhile; the greatest worst thunderstorm I've ever witnessed - and I'm going to be 53 in two months - roared through 1030 last night, fabulous to watch, horrible in after effect, so no electricity at home up to a week, possibly more if a repeat performance happens tonight as predicted. If you too experienced the storm, you're probably not reading this the same day that I typed it. I like dramatic weather events much more when they happen to other people. Fine metaphors abound. 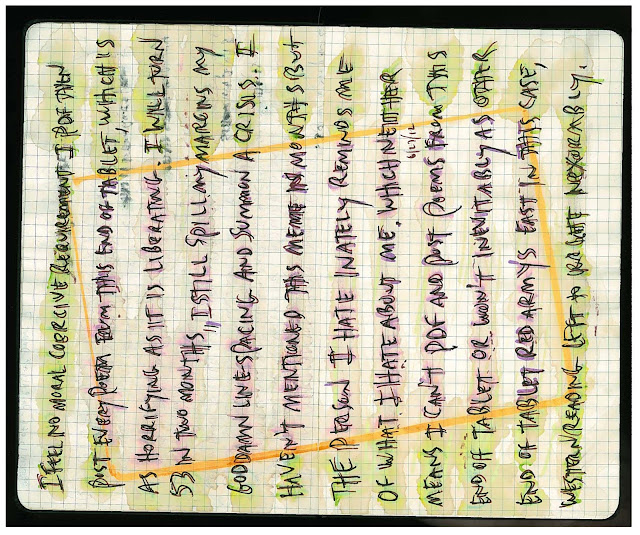