See if you can see us between seconds eighteen and twenty-three. There's a good story re: the flare, I'm hoping this guy posts it (UPDATE! Shazam!), he was most exercised by the Park Police response, so loudly in fact some Richie Cunningham-looking cop came over and gave him a "you talking to me" piece of bullshit. After seeing the cops rifle through unattended jackets looking for more flares and other evidence he declared, 4th Amendment my ass, motherfucking police state, to which I said, Black helicopters. Good times, quadrupled by quadruple by Planet's presence. One of dozens of best nights of my life. 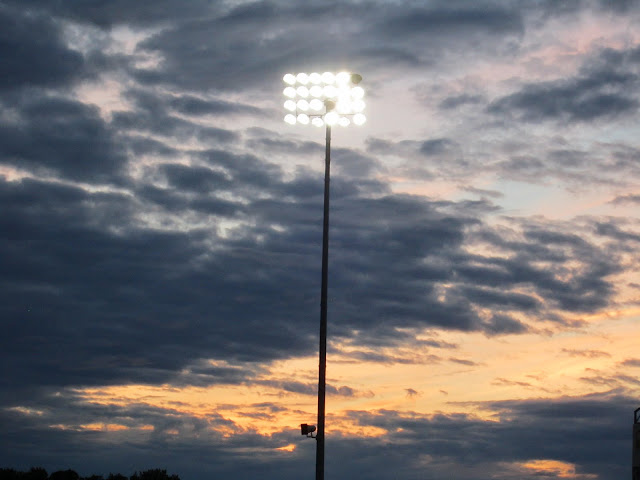 As we were walking to the cars after the game I was raging, here, let St Benny of Olsen explain why:


We’ve been asking for this loss. We’ve got to realize that’s not a good enough performance. Too many guys were on their own page. We were cute all over the field. We thought it was going to be enough to step out here and beat a team because they’re a little down on their luck. Maybe it’s a good thing because this really does show us we’re not as good as we think we are. All of the little things that got us success up to this point, we forgot about tonight. There were signs we were forgetting about that over the last couple games and we’ve been squeaking by. Tonight we didn’t squeak by.

United was outworked, out hustled, won less than a third of 50-50s, looked shockingly unfit, played lazy, nonchalant, sloppy, disinterested. Bad touches, bad passes. Brandon McDonald and Emiliano Dudar were both walking clusterfucks in central defense, Robbie Russell at right back not a clusterfuck but a motherfucking grandpa, so old, so slow. If United does make changes during the window and those changes don't address central defense (and please, Ba'al, not washed-up ex-gods from New Zealand) then Kasper Payne needn't bother making any changes at all. And speaking of window, this was a game for the two Balkan DPs to demonstrate why the $$$ and fwwt - neither played poorly, neither played well. But holyfuck, is Salihi slow and his touch heavy, and holyfuck, Boskovic flunked the audition, and holyfuck, yes United is this DeRossario dependent, and if/when he's damaged long term rather than just away temporarily on stupidass Canadian national team duty, United is dead in the water.

Email ThisBlogThis!Share to TwitterShare to FacebookShare to Pinterest
Labels: Aargocalyptic, Autoblogography, DCU, Mocomofo, My Complicity, My Favorite Post Ever