Finally All Indications of a Subject Began to Fade, Leaving the Canvas Perfectly White 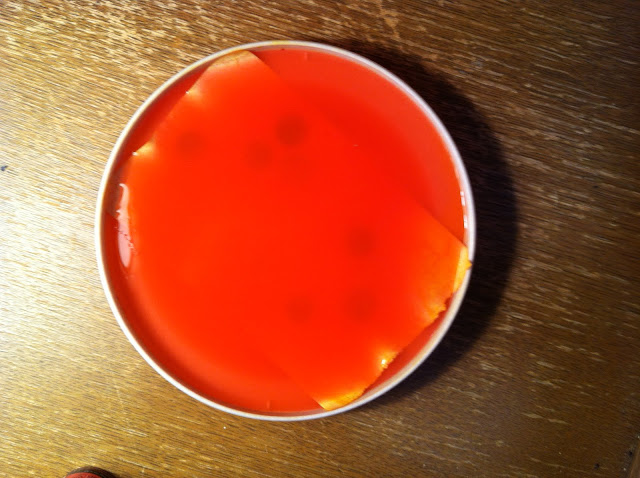 That's a graph-paper canvas soaking in water and a mix of yellow and red calligraphy inks. As I type this I have not touched the canvas or disturbed the water or added any addition colors or ink in 36 hours, the longest I've been able to withhold myself from touching a curing ever and until the next time. This is wash number four, the first three wet washes, only five, six hours drying each. This is driving me fucking nuts, I'm going to try to not touch until the water completely evaporates beneath the paper, held up by seven columns of four pennies each. I suspect I need either break my resolution to wait for evaporation (UPDATE! Ding!) or break my religion of permitting myself only one curing canvas at a time.


Sitting between the sea and the buildings
He enjoyed painting the sea’s portrait.
But just as children imagine a prayer
Is merely silence, he expected his subject
To rush up the sand, and, seizing a brush,
Plaster its own portrait on the canvas.

So there was never any paint on his canvas
Until the people who lived in the buildings
Put him to work: “Try using the brush
As a means to an end. Select, for a portrait,
Something less angry and large, and more subject
To a painter’s moods, or, perhaps, to a prayer.”

How could he explain to them his prayer
That nature, not art, might usurp the canvas?
He chose his wife for a new subject,
Making her vast, like ruined buildings,
As if, forgetting itself, the portrait
Had expressed itself without a brush.

Slightly encouraged, he dipped his brush
In the sea, murmuring a heartfelt prayer:
“My soul, when I paint this next portrait
Let it be you who wrecks the canvas.”
The news spread like wildfire through the buildings:
He had gone back to the sea for his subject.

Imagine a painter crucified by his subject!
Too exhausted even to lift his brush,
He provoked some artists leaning from the buildings
To malicious mirth: “We haven’t a prayer
Now, of putting ourselves on canvas,
Or getting the sea to sit for a portrait!”

Others declared it a self-portrait.
Finally all indications of a subject
Began to fade, leaving the canvas
Perfectly white. He put down the brush.
At once a howl, that was also a prayer,
Arose from the overcrowded buildings.

They tossed him, the portrait, from the tallest of the buildings;
And the sea devoured the canvas and the brush
As though his subject had decided to remain a prayer.