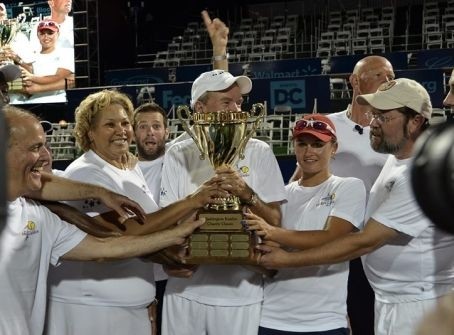 I'm better, thanks! The grippe broke yesterday just after I saw a Sportsbog about St Benny of Olsen photobombing at a charity tennis event Tuesday night in DC. I'd been thinking this just a so-so fever, a When Did Wednesday Go From Being the Busiest Weekday in Blegsylvania to the Slowest kind of fever, but these two photos seared into my brain's rolodex as only images when first observed feverish can sear. Here's the standard homage to Olsen:

He's been elected to DC United's Hall of Tradition, to be inducted before the September 15 game v Ningland, and I didn't know he wasn't in the Hall of Tradition. I just assumed he was in. And what the fuck were 19% of the voters thinking. But yes, I felt better enough to get some reading done so links for you who tune in for links, not grippe updates. Whatcha think? 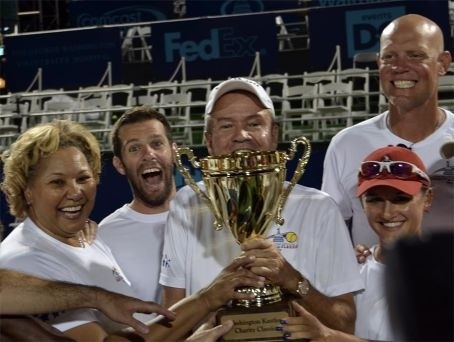 ON THE SUBJECT OF DOCTORS

I like to see doctors cough.
What kind of human being
would grab all your money
just when you're down?
I'm not saying they enjoy this:
"Sorry, Mr. Rodriguez, that's it,
no hope! You might as well
hand over your wallet." Hell no,
they'd rather be playing golf
and swapping jokes about our feet.

Some of them smoke marijuana
and are alcoholics, and their moral
turpitude is famous: who gets to see
most sex organs in the world? Not
poets. With the hours they keep
they need drugs more than anyone.
Germ city, there's no hope
looking down those fire-engine throats.
They're bound to get sick themselves
sometime; and I happen to be there
myself in a high fever
taking my plastic medicine seriously
with the doctors, who are dying.