A Myth Is an Expression, Unable to Surrender 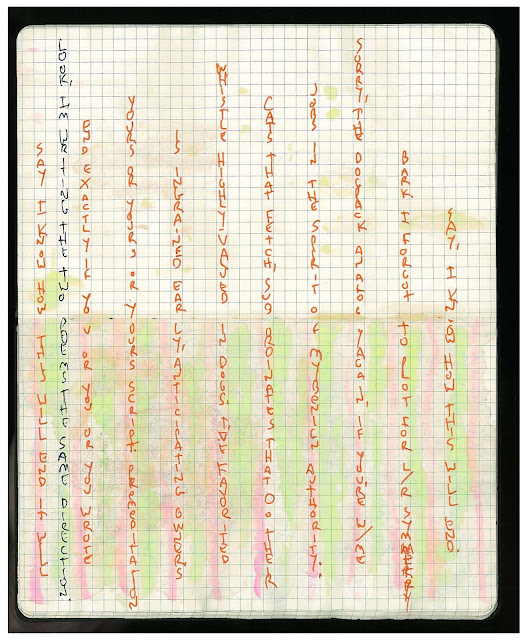 Deceitful honesty and an honest lie - which
should be given preference?
This sentence is a consequence
which you have not yet written,
corroborating the representation of time,
forestalling reality.
Pine forest solstice. The sea gull's insupportable stance
within the wing's boundaries.
The whole does not exceed the part, requiring a division
of spaces.

A myth is an expression, unable to surrender.
Transparency, asserting affinity, is more awful
than disintegration.
The birds turn yellow fiercely - the light has pressed
their Archimedes flesh
displacing the equilibrium of resistance and force,
just like ice and water.
A warmblooded diamond, where the cell's instructions gathered,
the axes of bones, of magnetic fields: a ball of spirals,
the web of a nomad camp.
Steam from the mouth
in September
and a tense procession of blue.

The cosmos of the plant is submitted to the hollow chain
of a handwriting that knows it better than the hand.
Is it sap cooling on the cut bark of a tree,
Is is apathy in the restoration of qualities
to their things.... But the center
of life flows from everywhere
like a downpour of maple seeds
of a pedestrian
in a mathematical text. And so, one can hear,
"You have your consolation,
a consequence and transformation of transformations
instead of a flying object musing on its own self-assessment."
As for lovers:


we will extend the body divined in a form
that after examination permits us to invent its properties
- description,
condemning no one to the torments of authority.