These Are the Poems of a Man Like Plato, She Said, Meaning Something I Did Not Comprehend but which Nevertheless Offended Me 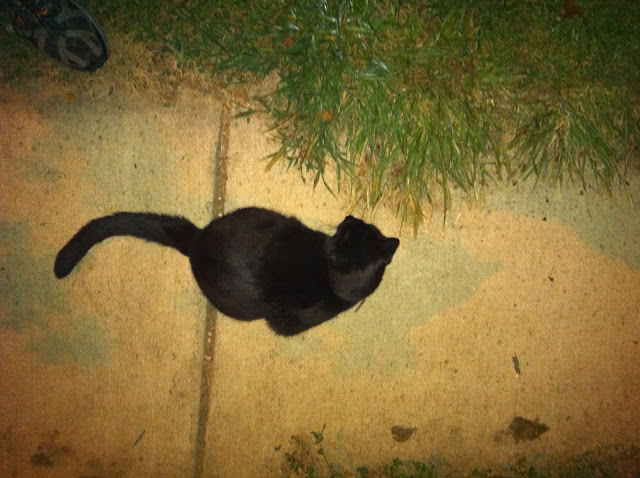 Nap last night. He knows the sound of my car, or if not the sound of my car then the angle of my headlights as I pull to the curb, but however he knows it's me - and pang goes my heart - when I'm sixty feet from pulling my emergency break goodnight he runs up the sidewalk from the beneath the front porch of our next door neighbor's (where besides shelter is no doubt game, a blog friend recently tweeted of a feral rocks-off torturing a baby squirrel, they're cats, it's what they do).  >>Deleted bleggalgaze<< Hey! Did you know Washington DC has a professional soccer team?

It's true! and the first guy in that commercial? he scored for Albania in a WCQ last week, he's so deep in St Benny of Olsen's doghouse he hasn't played for DCU in six, seven or more weeks. The fourth guy in the video is, even on his career's downhill slope, still United's key player and now he's injured, gone for the season. Anyway, home game tonight. Only two after this (unless they make the playoffs, which they might, who knows), one I know I'll miss in October, one a week from tomorrow I hope to be at but might miss because love elsewhere wins. It doesn't trouble me that love elsewhere wins though it troubles me my regret at missing games isn't greater, more oh-shit than oh-well, here, elsewhere (but not everywhere).


THESE POEMS, SHE SAID