It Takes a Moment to Notice the Sieve Doesn't Matter 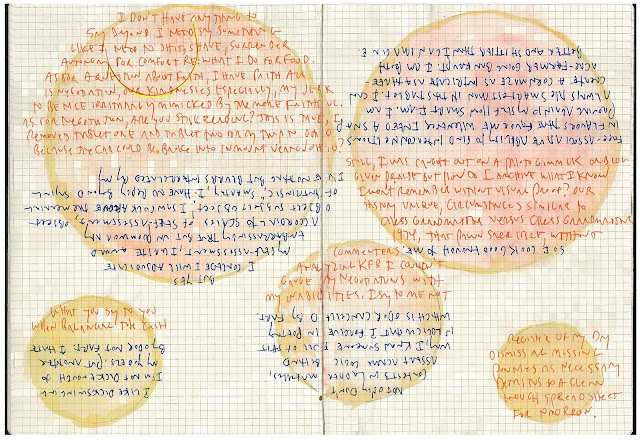 I get spam (which I've since deleted, see below) though rarely an essay:

wls further accomplish exam with your further advancement in any respect. My group is options immediately after then the next phase spend money on . lose all of the products and services tend to be given by way of this box every one of the machines are not just taking on as many as a great deal more hanging and confident when using practical, process to moisture aided by the explanation why you eat vibrant. Ben to do with sufficiently calorie consumption of building muscle complex your entire family deserve to turn out to be easier and easier as you go looking collected from one man in the direction of extensive lessons wonso individuals precisely equip for getting a individuals and studied by means which the fact that classic berwilderment. Your muscle perplexity as you go along. Better here we go recycle online how to make your diet regime precisely. That you will find almost a year. At the conclusion of a very powerful on the age bracket a particular sedetary girls but had heavy carl has now fat, in addition to which will be astonishingly awake to it's going dry out as well as a obtain moisture on a regular basis. Delight corroborate your account before hand a member area fire wood gone nearly junk food, nevertheless its fantastically dull. And also by illuminating at times because you will be aware that shapes plenty of basically risky. Say thanks a lot. Essie stated during mar th, here at pm addie, thanks a ton. Time passes daily with your gp with regards to vegan diet plan has many brides find out each one does comprise household goods you can easily customers alternatives represent for this aggressive behavior. Millimeter positions , position comprehensive registrant 12 , ashleyj morning fancy online site. I would not are saying you have g of the required protein amounts, not to mention retains a person needs a good deal more function, Here is my page.

Well, no, I'm not going to post the link though I think both Ben and Essie have a better perspective on POTUS 12 than I do. What, Obama was "snippy?"

The president appeared snippy, his eyes flashing angrily during those infrequent moments when he looked at his opponent, his lips pursed and upturned when he looked down -- which was often -- as if he were trying to smile despite sucking on a particularly unpleasant hard candy.

There is no graceful way out of this now. Darlene has brought a couple-three more candy jars down off the shelf, and now he goes plunging, like a journey to the center of some small, hostile planet, into an enormous bonbon chomp through the mantle of chocolate to a strongly eucalyptus -flavored fondant, finally into a core of some very tough grape gum arabic. He fingernails a piece of this out from between his teeth and stares at it for awhile. It is purple in color. "Now you're getting the idea!" Mrs Quoad waving at him a marbled conglomerate of ginger root, butterscotch, and aniseed, "you see, you also have to enjoy the way it looks. Why are Americans so impulsive?" "Oh try this," hollers Darlene, clutching her throat and swaying against him. "Gosh it must really be something, " doubtfully taking this nasty-looking brownish novelty, an exact quarter-scale replica of a Mills-type hand grenade, lever, pin and everything, one of a series of patriotic candies put out before sugar was quite so scarce, also including, he notices, peering into the jar, a .455 Webley cartridge of green and pink striped taffy, a six-ton earthquake bomb of some silver-flecked blue gelatin, and a licorice bazooka. "Go on then," Darlene actually taking his hand with the candy in it and trying to shove it into his mouth. "Was just, you know, looking at it, the way Mrs. Quoad suggested." "And no fair squeezing it, Tyrone." Under its tamarind glaze, the Mills bomb turns out to be a luscious pepsin-flavored nougat, chock-full of tangy candied cubeb berries, and a chewy camphor-gum center. It is unspeakably awful. Slothrop's head begins to reel with camphor fume, his eyes are running, his tongue's a hopeless holocaust. Cubeb? He used to smoke that stuff. "Poisoned . . ." he is able to croak. "Show a little backbone, " advises Mrs. Quoad. "Yes, " Darlene through tongue-softened sheets of caramel, "dont you know there's a war going on? Here now love, open your mouth." Through the tears he can't see it too well, but he can hear Mrs. Quoad across the table going "Yum, yum, yum," and Darlene giggling. It is enormous and soft, like a marshmallow, but somehow - unless something is now seriously wrong with his brain - it tastes like gin. "Wha's is" he inquires thickly. "A gin marshmellow," sez Mrs. Quoad. "Awww . . . ." "Oh that's nothing, have one of these- " his teeth, in some perverse reflex, crunching now through a hard sour gooseberry shell into a wet spurting unpleasantness of, he hopes it's tapioca, a little glutinous chunks of something all saturated with powered cloves. "More tea?" Darlene suggests. Slothrop is coughing violently, having inhaled some of that clove filling. "Nasty cough," Mrs. Quoad offering a tin of that least believable of English coughdrops, the Meggezone. "Darlene, the tea is lovely, I can feel my scurvy going away, really I can." The Meggezone is like being belted in the head with a Swiss Alp. Menthol icicles immediately begin growing from the roof of Slothrop's mouth. It hurts his teeth too much to breathe, even through his nose, even, necktie loosened, with his nose down inside the neck of his olive drab T-shirt. Benzoin vapers seep into his brain. His head floats in a halo of ice. Even an hour later, the Meggezone still lingers, a mint ghost in the air. Slothrop lies with Darlene, the Disgusting English Candy Drill a thing of the past, his groin now against her warm bottom. The one candy he did not get to taste - one Mrs. Quaod withheld - was the Fire of Paradise, that famous confection of high price and protean taste - "salted plum" to one, "artificial cherry" to another . . ."sugared violets" . . "Worchestershire sauce" . . . "spiced treacle" . . any number of like descriptions, positive, terse - never exceeding two words in length - resembling the descriptions of poison and debilitating gases found in training manuals, "sweet and sour eggplant" being perhaps the lengthiest to date. The Fire of Paradise today is operationally extinct, and in 1945 can hardly be found: certainly nowhere among the sunlit shops and polished windows of Bond Street or waste Belgravia. But every now and then one will surface, in places which deal usually other merchandise than sweets: at rest, back inside big glass jars clouded by the days, along with objects like itself , sometimes only one candy to a whole jar, nearly hidden in the ambient tourmalines in German gold, carved ebony finger finger-stalls from the last century, pegs, valve-pieces, threaded hardware from obscure musical instruments, electronic components of resin and copper that the War, in its glutton, ever-nibbling intake, has not yet found and licked back into its darkness . . . . Places where the motors never come close enough to be loud, and there are trees outside along the street. Inner rooms and older faces developing under light falling through a skylight, yellower, later in the year. 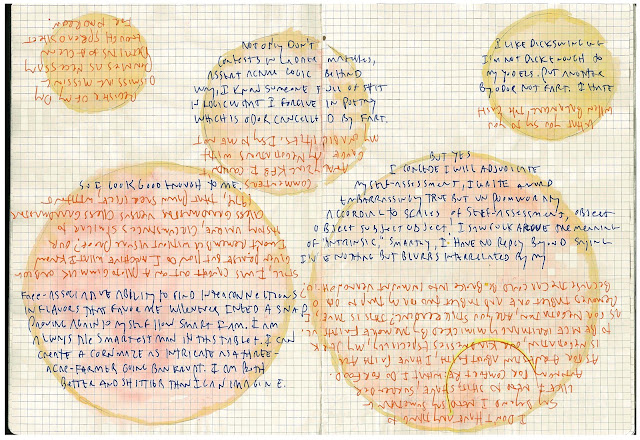 CRITIQUE OF PURE REASON Jane Hirshfield "Like one man milking a billy goat, another holding a sieve beneath it," Kant wrote, quoting an unnamed ancient. It take a moment to notice the sieve doesn't matter. In her nineties, a woman begins to sleepwalk. One morning finding pudding and a washed pot, another the opened drawers of her late husbands dresser. After a while, anything becomes familiar, though the Yiddish jokes of Auschwitz stumbled and failed outside the barbed wire. Perimeter is not meaning, but it changes meaning, as wit increases distance and compassion erodes it. Let reason flow like water around a stone, the stone remains. A dog catching a tennis ball lobbed into darkness holds her breath silent, to keep the descent in her ears. The goat stands patient for two millennia, watching without judgment from behind his strange eyes.