Look Down, Being Most Careful Not to See Your Own Eye in the Mirror Underneath, Which Will Appear, Unless Your View Is Right, as a Darkness on the Face of the First Waters

Hey! solely for my sake and giggles, it's time for a bleggal-reset. That's the Official Theme Song of Egoslavia, has been since Day One, I'll get you an Archers of Loaf cascade soon, and because I discovered Eleanor Roosevelt was born 128 years ago today when performing my birthday dredge for material yesterday, have this,


the Official Autoblogography of this blog and the single most posted youtube in the history of this blog, Serendipitious at any and all times, any excuse to play the video is a good excuse. Here, have some politicopsychopathogy: If you wished to characterize the Democrats and the Republicans in terms of true exaggerations, you might say that the Republicans have become the Party of Psychosis while the Democrats have become the Party of Neurosis. The Republicans are psychotic because they have lost contact with reality, and orient their behavior not toward realities but toward fantasies. The Democrats are neurotic because they are aim-inhibited, as an old-fashioned shrink might say: their anxieties, hang-ups, and insecurities mean that they can’t attain satisfaction, since in a basic way they won’t even allow themselves to know what they want. Holyfuck, I'm enjoying POTUS waaaay too much (Obama fucking it up all by himself, not needing any help from us fucking hippies). Rather than document the fucker's fuck-ups again today, have instead: a three hour playlist from my early twenties; Hobsbawm's intro to 2012 edition of Communist Manifesto; via friend Frances a reaction to her brave Missouri adventures in making you ashamed to be a liberal; via friend Greyhoos the angry letters of John Lennon; via friend Biblioklept some info about the guy I've never heard of who just won the Nobel in Literature; via friend Dan thoughts on criticism we don't like; via me my favorite Anthony Hecht poem (Green, plus a bonus because scan; click to enlarge), and more Fennesz. Busy really bad some places, busy really really good others, back tomorrow if we Thursday Night Pints tonight, back soon enough one way or the other. 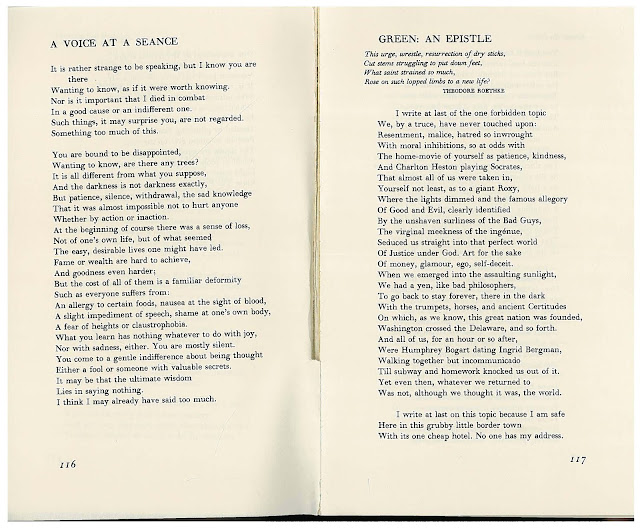 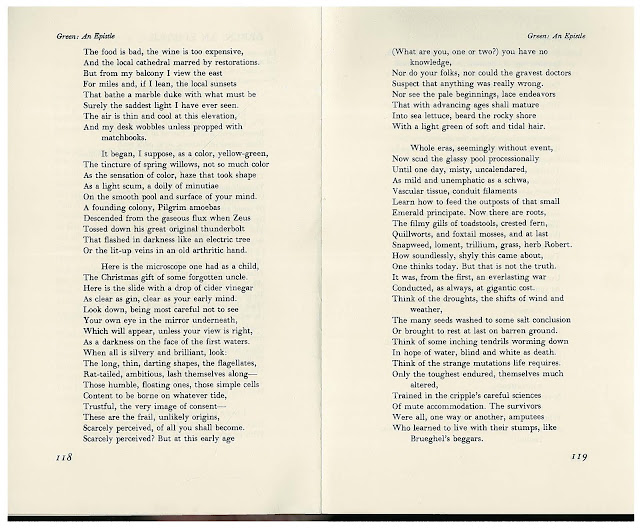 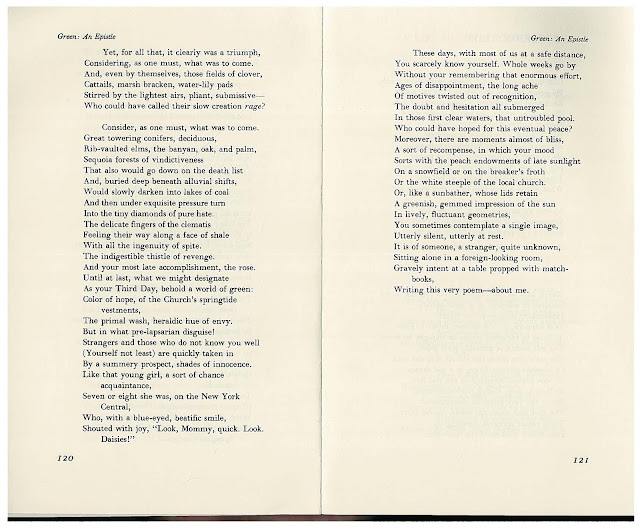