Our Slow Crop Is Used Up within an Hour 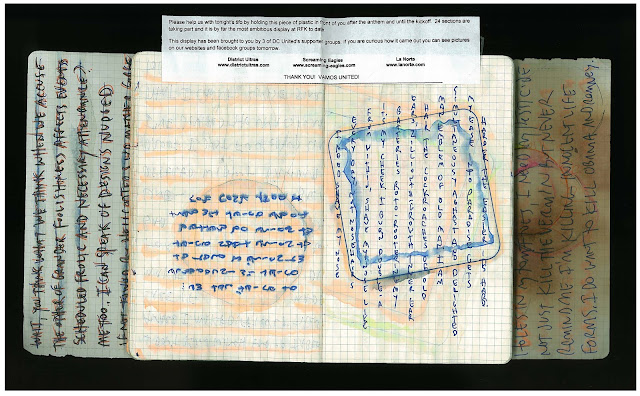 RIP Dick Whittington, my step-father-in-law. He was a good guy. We weren't close, we were tangents, tertiaries by obligation, but he was a good guy. I hope he thought me a good guy, I'm told he did, but what else are people going to say. He made it to his wife's memorial service two months ago (he was on a train to see her before she died when she died), summoned lucidity out of his alzheimered mind, movement out of his atrophied legs, was as much his old self in handling the necessities and services as he had been in years. In between their deaths a composer and poet who are touchstones died. I created a tag Death, wish I hadn't need use it so much since Death's tag's birth.

Our slow crop is used up within an hour. So I live
effortlessly by the ocean, where the sun bestows
and bestows and I return nothing. Go cross-grain through
the fire and call my style lust. But the night forces me.
I get so quiet lying under the stars I can't regulate
the sound of owls altering me. In that dark in front
of the house, I often think of an old man at Sadler's Wells.
The only one left who had seen the famous dances.
When they did them again, despite the bad notation,
he would watch patiently, saying, No, no that's not the way
it was somehow. Until they got it right. But he died.