See the Difference, You Kept Asking, But It Wasn't a Question 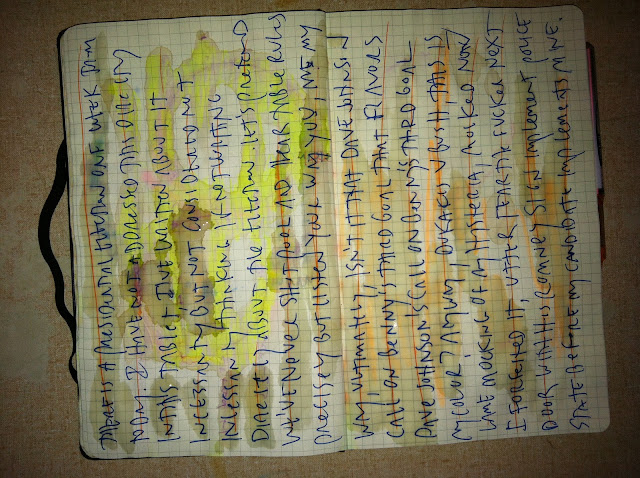 United's homefield advantage in the first round of MLS' lame-ass and rinkydink playoffs has been taken from them. By finishing second in the East, United had earned the second game of their opening playoff aggregate goal series versus the New Jersey Metros, a small but significant enough bonus, but because of damage to Metros Stadium from Sandy the first game of the series, scheduled for this Saturday night in Harrison, has been flipped to RFK this Saturday, the second game flopped to Harrison next Wednesday. Some United fans are outraged at the competitive injustice! I found out about the switch last night when a Noted MLS Is-Anti-DCU Conspiratorialist (NMLSIADCUC) Noted  MLS Is Pro-New York Pro-LA Conspiratorialist (NMLSIPNYPLA) texted me. Conversation ensued:


All that (a) for a Heh! (b) to let me say yet again that Fine Metaphors Abound and (c) to set up this Guided by Voices song!


THE ANXIETY OF COINCIDENCE

Your object will have made a good subject
and I should get to tell you so: the bird
with a beak but no mouth, we hear him only

when it's night in the Dominican Republic
and Israel at the same time. Someone will
find your marginalia useful, so try to spare

some ink. I took dictation only from you,
for whom verbs were nothing and tense
everything. See the difference, you kept asking

but it wasn't a question. See how enormous -
camel hauling an empty wheelchair, conspiracy
of hangman men, dried-out song that makes

it snow. You realize we could have walked
home in the hours the inventory took, jack
of no traits. Bird with no wings.