We’ll Dismiss the Event as a Glitch in Transmission 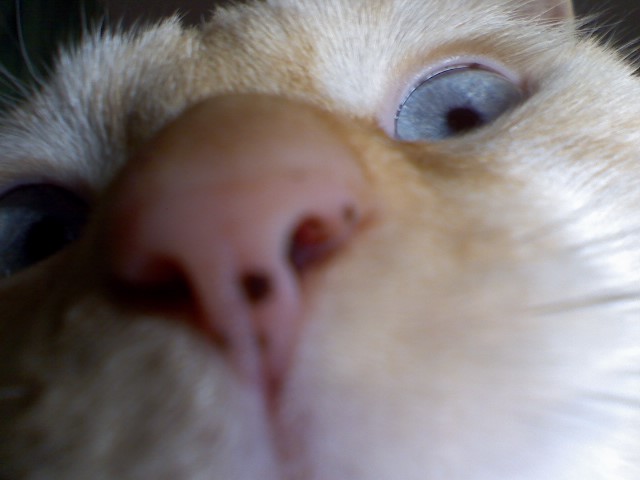 Fleabus! Cats as killers: In a report that scaled up local surveys and pilot studies to national dimensions, scientists from the Smithsonian Conservation Biology Institute and the Fish and Wildlife Service estimated that domestic cats in the United States — both the pet Fluffies that spend part of the day outdoors and the unnamed strays and ferals that never leave it — kill a median of 2.4 billion birds and 12.3 billion mammals a year, most of them native mammals like shrews, chipmunks and voles rather than introduced pests like the Norway rat. There is a full-on anti-cat war raging in my neighborhood, on the listserv I subscribe to, anti-catters have latched onto this article. I am remaining silent there, keeping an eye on our ferals for their safety. OK, I'm not going to do the whole XTC discography song by song here, at the time I proposed it it seemed like a worthy ritual, now seems a worthy ritual I can do in private with my earbuds. Weird, this not wanting to scream motherfucker in this post-inaugural cereal box shake, settling to bottom of box as my old reflexes finally crumble. Polanyi, for those of you who do. Liberty, feminism, equality. Capitalism. Slippery things. Bleggalgazing of a sort. The power of critical thinking. Unknown Brooklyn. Najar here, there? Musil, for those of you who do. Via Mark Woods, lots of Timothy Donnelly, who I haven't posted here in a couple of years, whose brilliant Cloud Corporation is below. Serendipitous to yesterday's post, Proust reviews Nyquil. Mantel's rules for writers. Jim has a playlist. Was reminded of Delta 5 yesterday. Rothko's Chapel in Rothko's Chapel.

The clouds part revealing a mythology of clouds
assembled in light of earliest birds, an originary
text over water over time, and that without which

the clouds part revealing an apology for clouds
implicit in the air where the clouds had been
recently witnessed rehearsing departure, a heartfelt phrase

and the object or objects under surveillance or even
desired—or if I am felt to be beside the point
then I have wanted that, but to block a path is like

not being immaterial enough, or being too much
when all they want from you now is your station
cleared of its personal effects please and vanish—

not that they’d ever just come out and say it when
all that darting around of the eyes, all that shaky
camouflage of paper could only portend the beginning of the

end of your tenure at this organization, and remember
a capacity to draw meaning out of such seeming
accidence landed one here to begin with, didn’t it.
2

The clouds part revealing an anatomy of clouds
viewed from the midst of human speculation, a business
project undertaken in a bid to acquire and retain
control of the formation and movement of clouds.
As late afternoons I have witnessed the distant
towers borrow luster from a bourbon sun, in-box

empty, surround sound on, all my money made
in lieu of conversation—where conversation indicates
the presence of desire in the parties to embark on

exchange of spirit, hours forzando with heartfelt phrase—
made metaphor for it, the face on the clock tower
bright as a meteor, as if a torch were held against

likelihood to illuminate the time so I could watch
the calm silent progress of its hands from the luxury
appointments of my office suite, the tumult below

or behind me out of mind, had not my whole attention
been riveted by the human figure stood upon
the tower’s topmost pinnacle, himself surveying

the clouds of the future parting in antiquity, a figure
not to be mistaken, tranquilly pacing a platform
with authority: the chief executive officer of clouds.

The clouds part revealing blueprints of the clouds
built in glass-front factories carved into cliff-faces
which, prior to the factories’ recent construction,

provided dorms for clans of hamadryas baboons,
a species revered in ancient Egypt as attendants
of Thoth, god of wisdom, science, and measurement.

Fans conveying clouds through aluminum ducts
can be heard from up to a mile away, depending on
air temperature, humidity, the absence or presence
of any competing sound, its origin and its character.
It is no more impossible to grasp the baboon’s
full significance in Egyptian religious symbolism
than it is to determine why clouds we manufacture
provoke in an audience more positive, lasting
response than do comparable clouds occurring in nature.
Even those who consider natural clouds products
of conscious manufacture seem to prefer that a merely
human mind lie behind the products they admire.
This development may be a form of self-exalting
or else another adaptation in order that we find
the hum of machinery comforting through darkness.


4
The clouds part revealing there’s no place left to sit
myself down except for a single wingback chair
backed into a corner to face the window in which
the clouds part revealing the insouciance of clouds
cavorting over the backs of the people in the field
who cut the ripened barley, who gather it in sheaves,
who beat grain from the sheaves with wooden flails,
who shake it loose from the scaly husk around it,
who throw the now threshed grain up into the gently
palm-fanned air whose steady current carries off
the chaff as the grain falls to the floor, who collect
the grain from the floor painstakingly to grind it
into flour, who bake the flour into loaves the priest will offer
in the sanctuary, its walls washed white like milk.
To perform it repeatedly, to perform it each time
as if the first, to walk the dim corridor believing that
the conference it leads to might change everything,
to adhere to a possibility of reward, of betterment,
of moving above, with effort, the condition into which
one has been born, to whom do I owe the pleasure
of the hum to which I have been listening too long.

5
The clouds part revealing the advocates of clouds,
believers in people, ideas and things, the workers
of the united fields of clouds, supporters of the wars
to keep clouds safe, the devotees of heartfelt phrase
and belief you can change with water over time.
It is the habit of a settled population to give ear to
whatever is desirable will come to pass, a caressing
confidence—but one unfortunately not borne out
by human experience, for most things people desire
have been desired ardently for thousands of years
and observe—they are no closer to realization today
than in Ramses’ time. Nor is there cause to believe
they will lose their coyness on some near tomorrow.
Attempts to speed them on have been undertaken
from the beginning; plans to force them overnight
are in copious, antagonistic operation today, and yet
they have thoroughly eluded us, and chances are
they will continue to elude us until the clouds part
in a flash of autonomous, ardent, local brainwork—
but when the clouds start to knit back together again,
we’ll dismiss the event as a glitch in transmission.
6
The clouds part revealing a congregation of bodies
united into one immaterial body, a fictive person
around whom the air is blurred with money, force
from which much harm will come, to whom my welfare
matters nothing. I sense without turning the light
from their wings, their eyes; they preen themselves
on the fire escape, the windowsill, their pink feet
vulnerable—a mistake to think of them that way.
If I turn around, the room might not be full of wings
capable of acting, in many respects, as a single being,
which is to say that I myself may be the source of
what I sense, but am no less powerless to change it.
Always around me, on my body, in my mouth, I fear them
and their love of money, everything I do without
thinking to help them make it. And if I am felt to be
beside the point, I have wanted that, to live apart
from what depends on killing me a little bit to keep
itself alive, and yet not happily, with all its needs
and comforts met, but fattened so far past that point
I am engrossed, and if I picture myself outside of it
it isn’t me anymore, but a parasite cast out, inviable.
7
The clouds part revealing the distinction between
words without meaning and meaning without words,
a phenomenon of nature, the westbound field
of low air pressure developing over water over time
and warm, saturated air on the sea surface rising
steadily replaced by cold air from above, the cycle
repeating, the warm moving upward into massive
thunderclouds, the cold descending into the eye
around which bands of thunderclouds spiral, counter-
clockwise, often in the hundreds, the atmospheric
pressure dropping even further, making winds
accelerate, the clouds revolve, a confusion of energy,
an incomprehensible volume of rain—I remember
the trick of thinking through infinity, a crowd of eyes
against an asphalt wall, my vision of it scrolling
left as the crowd thinned out to a spatter and then
just black until I fall asleep and then just black again,
past marketing, past focus groups, past human
resources, past management, past personal effects,
their insignificance evident in the eye of the dream
and through much of the debriefing I wake into next.