I've compiled a list of links between three or four snarky sentences regarding the currently raging debate on Liberal hypocrisy over Obama's imperial edicts but fuck that, at least today, the links are everywhere, if you want to read them they're easy to find, and it's not like anyone is going to change his or her mind. Liberal hypocrisy? Here's what's pissing me off today: 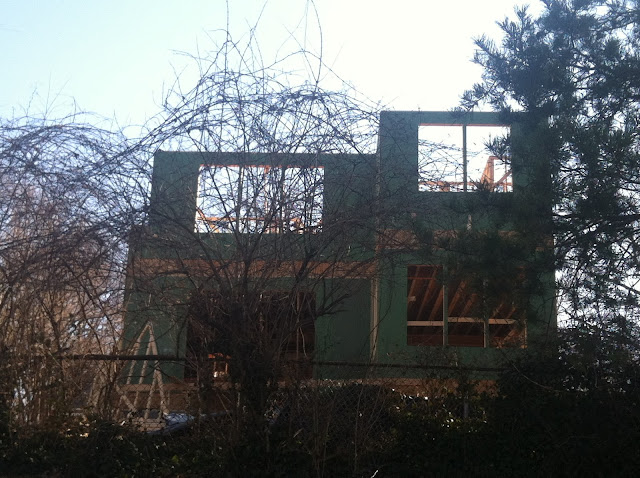 That's the view from the back porch of my comfortably upper-middle class Montgomery County Maryland Cape Cod looking upward at the fucking McMansion pop-up being erected in the yard behind my house. Below is our design for what the fuckers will see from their back windows and deck: 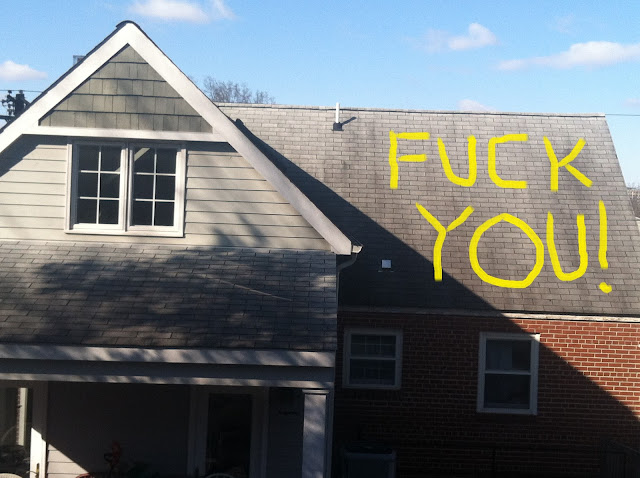 So, links return tomorrow, today just songs and a poem. Yes, I posted that Sir Richard Bishop and W. David Oliphant within the past two weeks, the re-posting signifies nothing more than I love it. Have another:

Our enemies hate us because:

Our friends hate us because:

Pushed to the ground and kicked by a gang of soldiers, about to be shot, you can save your life by brandishing:

A nation’s standing in the world is determined by:

A country is rich because of:

A country is poor because of:

A man’s dignity is determined by:

a) his appearance (skin color, height, etc)
b) his willingness to use violence
c) his command of English
d) his blue passport

Those willing to die for their beliefs are:

Those willing to die for nothing are:

a) payback for evil-doers
b) a common misfortune
c) compelling drama
d) suck it up!

The media’s job is: