I don't think I did last year but for years on this shitty blog I ran a sidebar widget countdown clock posted months ahead of United's season opener. This season's opener is this Saturday at 8:00 in Houston, no clock. I give a fuck, I give as much of a fuck relative to how much I've always given a fuck now as I always have, it's not the quantity of fuck I have it's the quality of fuck I have. Proportionately, I give the same fuck about United versus everything else not Me and Mine now as then. Home opener, as ad says, is March 9 at the new starting time for home games 7:05, the motherfuckers, stealing a half hour of my weekend daylight, and there are mid-afternoon and late-afternoon starts, the motherfuckers, I don't need the dark after the game, I want the fucking sunlight before the game. It pisses me off, more than the shitty beer selection that awaits me at the stadium. It is a sad state that proportionately I give the same fuck about United versus everything else not Me and Mine now as then. As for predictions, last March when United had the two Balkans I thought mid-table, maybe squeak in to MLS's rinkydink playoffs - United finished with third highest points (which should get them into CONCACAF's Champions League, but because MLS runs a rinkydink unbalanced schedule and a rinkydink playoff system, finishing third in a table of nineteen teams gets you friendlies against Everton on its couldn't give-a-fuck summer North American tour). This season, without the Balkans, with System Saint Benny in place and his choices of players to deploy, they'd better do well because Hamid and Kitchen will be in Europe by next January (and in Brazil Summer of 2014). Because I believe - and all anyone talks about anywhere at any time is belief and its belief in belief and its belief about belief (I believe in typing the same word unto foreign unfamiliarity while still believing in its sound as an English word, it's what I do here, how successfully YMMV) - because I believe United's window of opportunity, at least the DeRossario and Kitchen and Hamid window, closes after this season, I'm hoping to increase both the quality of my fuck and the quantity of my fuck re: United versus everything else not Me and Mine. YES! I know yesterday was Frank Bridge's 134th birthday: 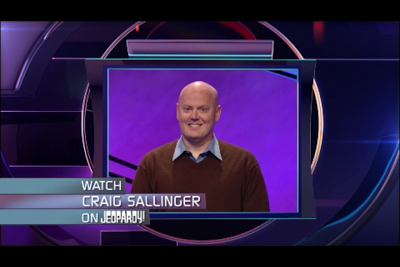 Among other economies, I’m of two
minds, one possessed, the other
a deep peace. Violent trembling
seizes me, launched in the interval.


Enemy of children, of quaint little
things, of jokes and pictures. Enemy
of comic papers and caricatures, of
water-drinking. Too short for tragedy.


Rarely has a large or distant expedition
ever succeeded in its object, as may be
seen in the failure of foreign missions, of
human development, the immediate phenomena.


Sympathy for the victors, who gallantly
perish. Collateral catastrophes, as if they
had a will. The more distinctive visual images
sail too long, relinquish, burst.


The “inner voice” is playing a game. Eagerness
and obstinacy. A mysterious invisible
placed in the mouth. We know too well how
terrible it is to contend against personality.


The whole idyll vanishes. Southward along
a coastline, down among cities. Across the
gulf to the promontory. Probably
astonished. Not without mistrust.


You are now my prisoner. Physically I am
myself. Cultivated living, good manners, rich
food and drink, order and elegance in
my house. Erect military bearing.