Though We Cannot Conceive of an Undreamt Thing, We Know to Our Cost How the Dreamt Cloud Crumbles. or: Egoslavian High Holy Day Eve 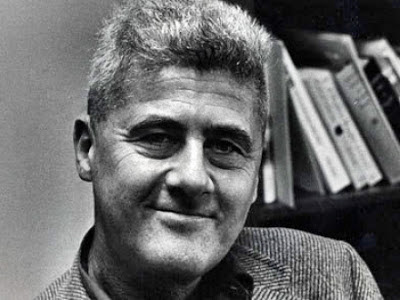 Roughly figured, this man of moderate habits,
This average consumer of the middle class,
Consumed in the course of his average life span
Just under half a million cigarettes,
Four thousand fifths of gin and about
A quarter as much vermouth; he drank
Maybe a hundred thousand cups of coffee,
And counting his parents’ share it cost
Something like half a million dollars
To put him through life. How many beasts
Died to provide him with meat, belt and shoes
Cannot be certainly said.
But anyhow,
It is in this way that a man travels through time,
Leaving behind him a lengthening trail
Of empty bottles and bones, of broken shoes,
Frayed collars and worn out or outgrown
Diapers and dinnerjackets, silk ties and slickers.


Given the energy and security thus achieved,
He did . . . ? What? The usual things, of course,
The eating, dreaming, drinking and begetting,
And he worked for the money which was to pay
For the eating, et cetera, which were necessary
If he were to go on working for the money, et cetera,
But chiefly he talked. As the bottles and bones
Accumulated behind him, the words proceeded
Steadily from the front of his face as he
Advanced into the silence and made it verbal.
Who can tally the tale of his words? A lifetime
Would barely suffice for their repetition;
If you merely printed all his commas the result
Would be a very large volume, and the number of times
He said “thank you” or “very little sugar, please,”
Would stagger the imagination. There were also
Witticisms, platitudes, and statements beginning
“It seems to me” or “As I always say.”
Consider the courage in all that, and behold the man
Walking into deep silence, with the ectoplastic
Cartoon’s balloon of speech proceeding
Steadily out of the front of his face, the words
Borne along on the breath which is his spirit
Telling the numberless tale of his untold Word
Which makes the world his apple, and forces him to eat. 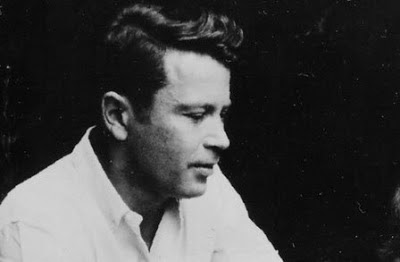 ADVICE TO A PROPHET

When you come, as you soon must, to the streets of our city,
Mad-eyed from stating the obvious,
Not proclaiming our fall but begging us
In God’s name to have self-pity,


Spare us all word of the weapons, their force and range,
The long numbers that rocket the mind;
Our slow, unreckoning hearts will be left behind,
Unable to fear what is too strange.


Nor shall you scare us with talk of the death of the race.
How should we dream of this place without us?—
The sun mere fire, the leaves untroubled about us,
A stone look on the stone’s face?


Speak of the world’s own change. Though we cannot conceive
Of an undreamt thing, we know to our cost
How the dreamt cloud crumbles, the vines are blackened by frost,
How the view alters. We could believe,


If you told us so, that the white-tailed deer will slip
Into perfect shade, grown perfectly shy,
The lark avoid the reaches of our eye,
The jack-pine lose its knuckled grip


On the cold ledge, and every torrent burn
As Xanthus once, its gliding trout
Stunned in a twinkling. What should we be without
The dolphin’s arc, the dove’s return,


These things in which we have seen ourselves and spoken?
Ask us, prophet, how we shall call
Our natures forth when that live tongue is all
Dispelled, that glass obscured or broken


In which we have said the rose of our love and the clean
Horse of our courage, in which beheld
The singing locust of the soul unshelled,
And all we mean or wish to mean.


Ask us, ask us whether with the worldless rose
Our hearts shall fail us; come demanding
Whether there shall be lofty or long standing
When the bronze annals of the oak-tree close. 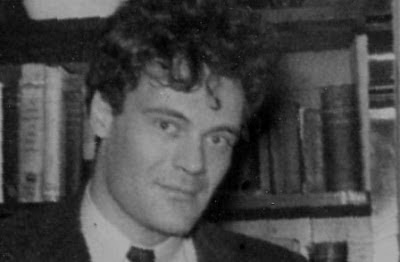 Those blessèd structures, plot and rhyme—
why are they no help to me now
I want to make
something imagined, not recalled?
I hear the noise of my own voice:
The painter’s vision is not a lens,


it trembles to caress the light.
But sometimes everything I write
with the threadbare art of my eye
seems a snapshot,
lurid, rapid, garish, grouped,
heightened from life,
yet paralyzed by fact.
All’s misalliance.
Yet why not say what happened?
Pray for the grace of accuracy
Vermeer gave to the sun’s illumination
stealing like the tide across a map
to his girl solid with yearning.
We are poor passing facts,
warned by that to give
each figure in the photograph
his living name.
Posted by BDR at 4:20 PM