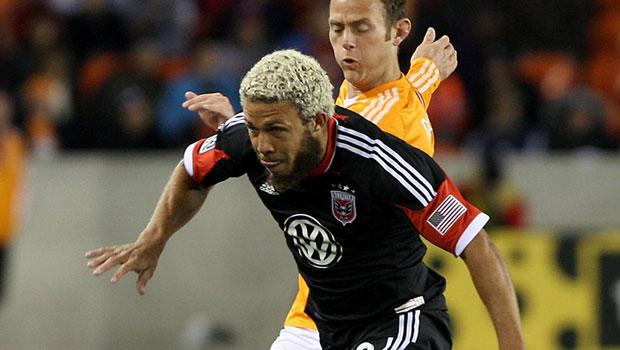 So much for 102 points. It took this guy 12:36 minutes to launch his first FUCK THE REF! text of the 2013 season, took me 36:12 to launch my first UNITED SUCKS! text of the season, good times. Here's the thing: nothing happened in the game that I hadn't seen over and over, so utterly predictable was the result that it's cause for both calm and despair. Calm: United was minus DeRossario, missing because of stupidity (suspended for violent play in a fucking preseason game), and surely would have shown better offensively with DeRossario instead of John Thorrington. Despair: John Thorrington. Benny Olsen's first choice to replace his best player is John Thorrington, always injured, never very good, 87 years old in soccer years. I know I'm overreacting - I pay good money for the privilege of overreacting - but United brought in two Brazilian dorfs (you're welcome, the four of you who get that) with modest fanfare and St Benny of Olsen starts John Thorrington and Lionard Pajoy. St Benny of Olsen looks down his bench, doesn't see Branko Boskovic (now scoring goals for Rapid Vienna), doesn't see Andy Najar (now logging bench time for Anderlecht), and, after an off-season of acquisitions, chooses John Thorrington for the suspended DeRossario and selects as first choice Lionard Pajoy. (BTW, perhaps it's my not paying attention, but it seems to me the effect of Najar's departure on United's future success is being grossly underestimated; he was the player other team's feared most.) It's only one game, against its nemesis team in a place it never wins, with its offensive creator suspended this game and next for stupid, and I'll wait until after next Saturday night when I see United with my own eyes, but zoomlessness.