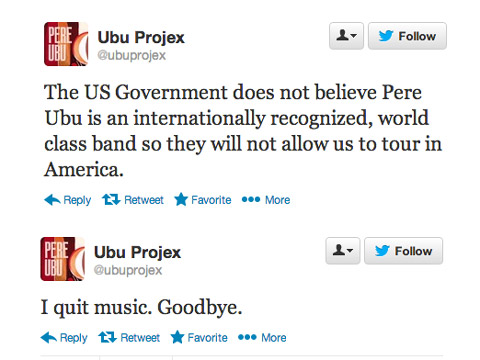 Here's that story. Running up to grocery this morning to get coffee I forgot to buy yesterday heard first a radio commercial for University of Maryland Shock Trauma in which a man talks to an air-gun hammer - as in Hey, Air-Gun Hammer, you don't scare me - which was followed by a Norwegian Cruise Line commercial in which a woman tells her husband, a dolphin, that she loves his salty mouth and then tells him to now come over here and give me some sugar. So, links, offered by and large without much commentary, a practice I've learned to employ when I'm in an angry mood and am jonesing to write everything mean and spiteful. Criminal trial is a privilege of whiteness. As some have correctly noted, in is entirely "possible to think the jury made the right choice based on evidence and that Zimmerman is entirely at fault for what happened." I think that's most likely - Coates and Silbur think so too, but of course other possibilities exist too. And while I'm parroting ideas, someone tweeted - I paraphrase - has the NRA come out and said Martin wouldn't have been killed if he had been armed and called for the arming of all young black males? They speak of race. How the system works. Putin laughs. The mindset of an NSA defender. The mindset of the State Dept. Oopsy! Breaking kayfabe. An important rhetorical question. Austerity attacks. Had interesting bleggal interactions yesterday with a couple of bleggal overlords, once allies fallen out - more bored with each other than fallen out to be more accurate - each in their own way (un)intentionally reminded me that I am a little. Previous sentence written as unspitefully as I am capable. Speaking of blegging, I'm not sure what's gonna happen when a certain date comes around and I'm not precisely sure what blooger is threatening me with or what the repercussions will be, but should this place go dark it (a) won't be me and (b) here's the fallout shelter. Alternatively, fuck this. All powerful masters. I expected more fall out from Seidel's review of Kushner. It was mean and spiteful. I have Goldbarth if anyone wants some. The genesis of the bleggal overlord dispute was the use of rhetorical tics in writing, I said, lordy, nobody use rhetorical tics more than I do, like this one: Some days anger calls for Sun Kil Moon, other days it calls for these, posted together countless times when I'm enjoying a pissy mood:

These two asleep . . . so indrawn and compact,
like lavish origami animals returned

those small toy things of Leonardo’s want to be
the great, air-conquering and miles-eating

living wings
they’re modeled on. And the bird flight is

its trip of nearly 27,000 miles every year;
a swan will frighten bears away

by angry aerial display of flapping wingspan.
But it isn’t all flight; they also

fold; and at night on the water or in the eaves
they package their bodies

into their bodies, smaller, and deeply
smaller yet: migrating a similar distance

in the opposite direction.