I Invoked the White Robes, Gleaming Blades Ready for Blood, and, Feeling the Scourge of Increase and Multiply, Made Affirmation: *Yes,* Deliver Us from Complicity

There were no elections in Maryland I could boycott yesterday. I work and am friends with Virginians, most complained about the choice for governor between a rightwing ogre and a Clintonian scumbag. The rightwing ogre enjoyed the passion of his base, the Clintonian scumbag enjoyed the fear his base has of the rightwing ogre's base and won by four points. Same game as always. A reminder: it is easy for me as a citizen of one of the bluest precincts in one of the bluest districts in one of the bluest counties in one of the bluest states to tell someone in a swing state he or she shouldn't allow themselves to be blackmailed into voting for Clintonian scumbags by fear of a state run by Ken Cuccinellis. A friend emailed yesterday, said that between the party of austerity and the party of austerity that would ban birth control and gay marriage she'd hold her nose and vote for the party of austerity. The majority of my friends and loved ones would agree with that position even if they agree with me that the game is fucked from top to bottom. Everyone knows the game is fucked from top to bottom, everyone is fully aware how the game works. Everyone knows he or she is being worked, everyone negotiates his or her participation and complicity within that work, which for me currently involves screaming about the fucking game in general and at you about your complicity in particular as infrequently as I can manage these days.

Ironically, it's screaming about the fucking game that has always drawn and kept readers here but fuck it. Meanwhile, the centenary of Benjamin Britten's birth is in sixteen days, expect lots, not a piece a day or such a self-imposed requirement, but expect lots. Requests solicited, I'm looking at you, Hamster. 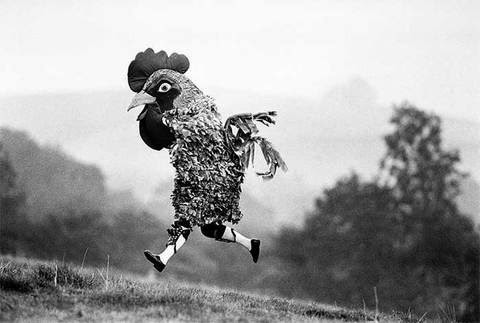 Third Avenue in sunlight. Nature’s error.
Already the bars are filled and John is there.
Beneath a plentiful lady over the mirror
He tilts his glass in the mild mahogany air.


I think of him when he first got out of college,
Serious, thin, unlikely to succeed;
For several months he hung around the Village,
Boldly T-shirted, unfettered but unfreed.


Now he confides to a stranger, “I was first scout,
And kept my glimmers peeled till after dark.
Our outfit had as its sign a bloody knout,
We met behind the museum in Central Park.


Of course, we were kids.” But still those savages,
War-painted, a flap of leather at the loins,
File silently against him. Hostages
Are never taken. One summer, in Des Moines,


They entered his hotel room, tomahawks
Flashing like barracuda. He tried to pray.
Three years of treatment. Occasionally he talks
About how he almost didn’t get away.


Daily the prowling sunlight whets its knife
Along the sidewalk. We almost never meet.
In the Rembrandt dark he lifts his amber life.
My bar is somewhat further down the street.

After the steaming bodies swept
through the hungry streets of swollen cities;
after the vast pink spawning of family
poisoned the rivers and ravaged the prairies;
after the gamble of latex and
diaphragms and pills;
I invoked the white robes, gleaming blades
ready for blood, and, feeling the scourge
of Increase and Multiply, made
affirmation: Yes, deliver us from
complicity.
And after the precision of scalpels,
I woke to a landscape of sunshine where
the catbird mates for life and
maps trace out no alibis—stepped
into a morning of naked truth,
where acts mean what they really are:
the purity of loving
for the sake of love.