If I Could Cajole You to Come Back for an Evening, Down from Your Compulsive Orbiting, I Would Touch You 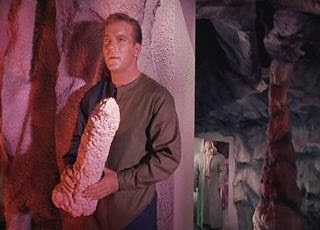 
Your face did not rot
like the others—the co-pilot,
for example, I saw him


yesterday. His face is corn-
mush: his wife and daughter,
the poor ignorant people, stare


as if he will compose soon.
He was more wronged than Job.
But your face did not rot


distinction. If I could cajole
you to come back for an evening,
down from your compulsive


orbiting, I would touch you,
read your face as Dallas,
your hoodlum gunner, now,


with the blistered eyes, reads
his braille editions. I would
touch your face as a disinterested


scholar touches an original page.
However frightening, I would
discover you, and I would not


turn you in; I would not make
you face your wife, or Dallas,
or the co-pilot, Jim. You


could return to your crazy
orbiting, and I would not try
to fully understand what


it means to you. All I know
is this: when I see you,
as I have seen you at least


once every year of my life,
spin across the wilds of the sky
like a tiny, African god,


I feel dead. I feel as if I were
the residue of a stranger’s life,
that I should pursue you.


My head cocked toward the sky,
I cannot get off the ground,
and, you, passing over again,


fast, perfect, and unwilling
to tell me that you are doing
well, or that it was mistake


that placed you in that world,
and me in this; or that misfortune
placed these worlds in us.

I wish we could control this revolting
want of control: these people
with their spongy eyes, their mouths
of trembling shoehorns, billhooks for penises
and bear traps for vulvas.
One taste of sunlight and at once
they can’t do without it. Water,
the same, and food, and air,
and a dozen other squalid habits.
Some—like their copulation,
a rusting carnation in a cut-glass neck—
are not physically compulsive but
the partners can’t stop wanting them to be:
so we desire to be raped
by love, who would fill us, they say,
with an oil from the lit braziers of stars.
What if, doing it every day,
we resemble pistons, and the slow poison
cuts our lives off at 70:
it’s the grim determination
of our passion. And beyond this, even I—
defended in childhood by my strong father
the piano and my mother the virtuoso
from knuckles among warehouses—even I
am addicted to the mild light of words.