This Time I'm Not Going to Say a Thing about Deity 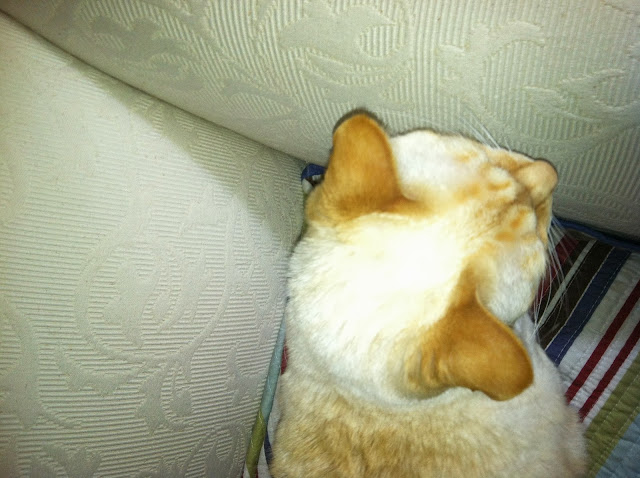 Saw all three and petted two of the ferals yesterday afternoon after Sunday morning's catfights. MomCat - she's the cat in the banner above - has not sat in my lap since she did once a few months ago but runs tail-up to me and head-butts my shins. Her son Frankie is a coward, her son Napoleon has me completely trained, under the chin first, then ears, I said at a special Sunday Night Edition of Thursday Night Pints, all three of us busy in our own ways during the past week and busy possibly through November, so. I didn't realize I'd have to run a sobriety check point on the way home, said L, noting the major presence of Metro Police in Georgetown at six o'clock. A cop said, L said, when I asked him what's with all the cops, cop said always after <Racist Slurs'> games, lots of DUIs. K asked, as replays of the game ran on TVs around the bar as we sat down, what's with the <Racist Slur> uniforms, why don't they match the helmets? I said, I think they play a home game a year in the true burgundy but I thought they usually wear it with the old burgundy spear helmet. For the record, the Racial Slurs were wearing their standard darker-than-red but brighter-than-burgundy helmets with the Indian-profile logo on the side but minus the yellow stripe that runs down the middle. K said, you notice this shit? L snorted, noticed? He has a theory! True! I said, buy me a pint and I'll tell you. 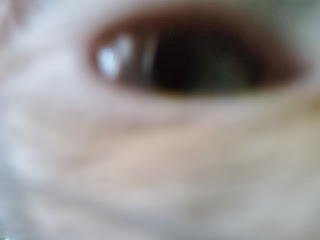 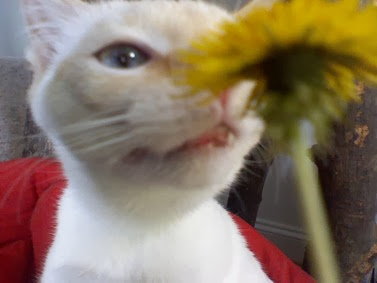 
This time I’m not going to say a thing
about deity. It’s not the blizzard,
it’s three days after. Trinkle from thawing
roofs, ruined crocus pronging through.
Ruin, I promise, won’t be mentioned again.
Trees, sure, still begging in the road, split
to the bole but this isn’t about the chainsaw.
A pruning saw will have to do. The puppets
aren’t hanging themselves in each other’s
strings. Everyone’s easily identifiable
beneath the funny mask. Somewhere in Oregon,
Mary has another month to go, she’s comfortable
in any position for thirty-five seconds. Lulu,
we know you’re in there but no one’s
blaming you for reluctance to come out.
Poetry is the grinding of a multiplicity
throwing off sparks, wrote Artaud
and look what that got him: toothlessness
and shock therapy. Your dad, who has the worst
teeth of anyone I know, once ordered eggplant
in a steakhouse. Do not order eggplant
in a steakhouse turned out to be more
than aphoristicly true. Do not spend a lot
of time in an asylum writing cruel poems
if you can help it, one Artaud is enough.
In Kandinsky’s Blue 2, there’s a shape
in two rows of shapes that seems okay
although to the right’s a capsized canoe
full of mathematicians, to the left a bow
about to launch the killer astrolabe.
By what manner is the soul joined to
the body? How about climbing a ladder
of fire? No thanks. On TV, a rhino’s
lying in some red dust, munching a thorn.
You wouldn’t think he could ejaculate
for half an hour straight, but you’d be wrong.
See that cloud, it might weigh 10,000 pounds
which is about average for a cloud.
Happy birthday, happy birthday to you.
Tony says Mary is always writing about the sacred.
Talcum powder, binoculars, this decimated
planet. I know, a promise has been made
but Tony’s been sick for years and no one
knows with what. Flax oil, bark tinctures,
corticosteroids. He’s not exactly someone
you’d trust to drive your car, but still.
Something awful’s coming, isn’t it?
Would it help if I said Amen?