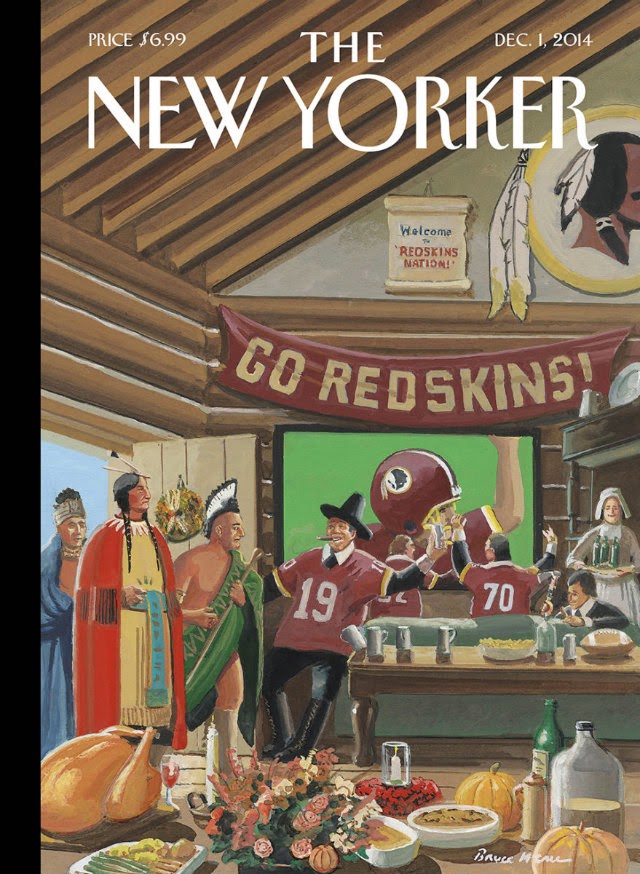 If you've been paying attention to football this last year, you probably know Snyder as the staunch defender of an unambiguously racist name who can't stop putting a loafer in his mouth every time he opens it.

Snyder has marshaled every resource of the rich white asshole invoking tradition to defend the indefensible. There's this pro-Redskins AstroTurf campaign from a giant PR firm. There's Snyder co-opting any local media going knives-out on the name or the fact that his team is stupendously mismanaged. There's Snyder trying to buy silence from Indian tribes. There's Snyder trotting out multiple Indian defenders of the name who aren't even Indians, when he's not sitting in his luxury box with a Navajo Nation leader recently kicked out of office under corruption allegations and in disgust at partnering with Snyder's "Original Americans Foundation," a disingenuous whitewash PR group. There's Snyder sticking his fingers in his ears and pretending the Redskins were named to "honor" an "Indian" coach who turned out to be a German-American misrepresenting his race to avoid the WWI draft. Or sometimes he decides the name is meant to "honor" Indian "heritage" in general, and not as a marketing gimmick by their legendarily racist owner to identify the team with a much more popular baseball franchise.

And that's just the name. You could go on for pages about the paranoid, Hitler-in-the-bunker mentality of the team, or the blithe unconcern with a shredded field and player health that already nearly Cuisinarted RG III's knee. And you could go on for pages and pages and pages of what a clusterfuck of tire fires the Redskins have become under Snyder's tenure, all set ablaze by the flaming sack of dogshit that is what passes for his conscience. In fact, someone already has. Dave McKenna of the Washington City Paper wrote a devastatingly hysterical A-to-Z guide to every contemptuous, miserly, greed-headed, soul-dead move Snyder has pulled in D.C., every bit of it true. Snyder sued McKenna and the paper anyway, because he wanted to see if the size of his war chest would back them down. Because he could. Because he's Daniel Snyder, and because fuck you. Fuck your access to a true narrative, fuck your local pride, fuck your fandom, fuck your pocketbook, fuck your fun and fuck a genocide.

Lately, the weather aches;
the air is short of breath,
and morning stumbles in, stiff-jointed.


Day by day, the sun bores the sky,
until the moon begins
its some disappearing act,
making the oceans yawn.


Even the seasons change
with a throb of weariness—
bud, bloom, leaf, fall.


If it would help,
I would paint my house silver
or sell it or buy
a red convertible.


I would, but who am I
to try to cheer up
the self-indulgent universe.