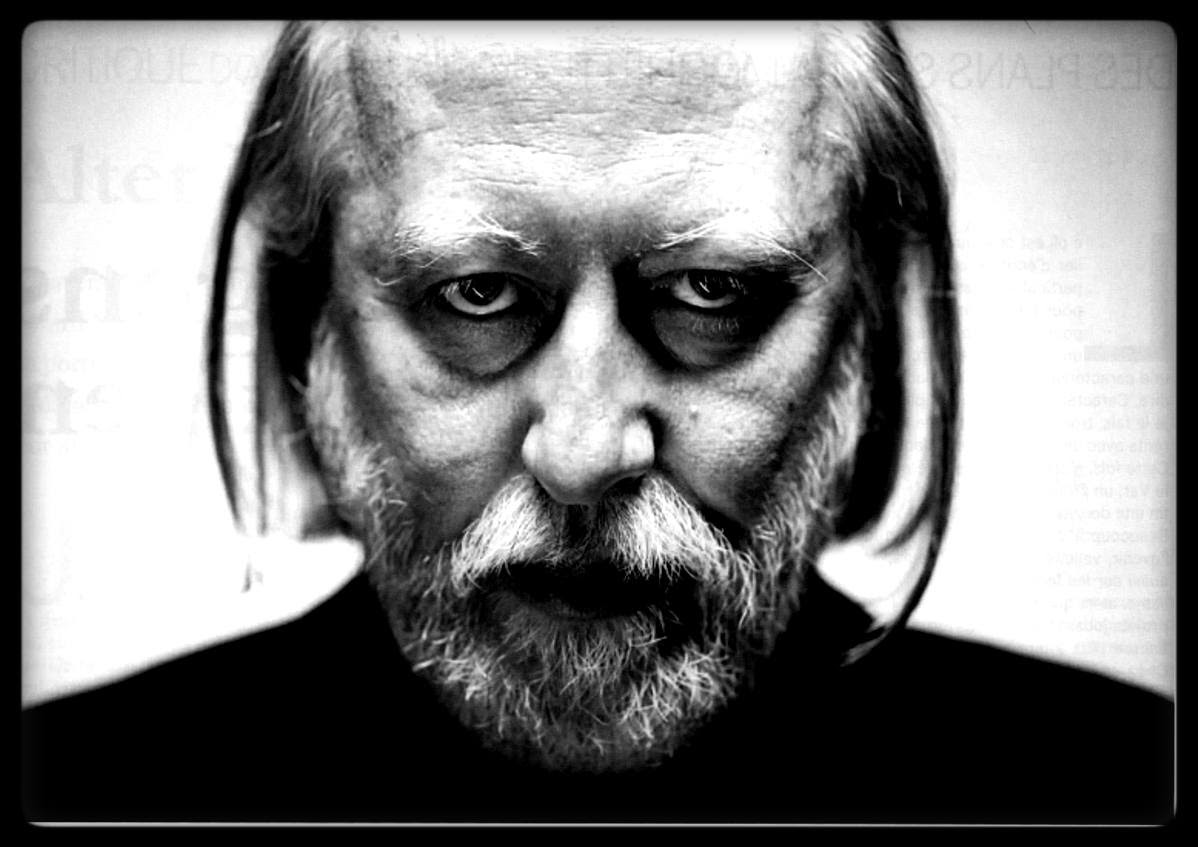 However apparently insignificant the event, whether it be the ring of tobacco ash surrounding the table, the direction from which the wild geese first appeared, or a series of seemingly meaningless human movements, he couldn’t afford to take his eyes off it and must note it all down, since only by doing so could he hope not to vanish one day and fall a silent captive to the infernal arrangement whereby the world decomposes but is at the same time constantly in the process of self-construction.


László Krasznahorkai is sixty-one today and today is the newest Egoslavian Holy Day. I haven't written about my reading slump in weeks if not months because I'm not in one, and Krasznahorkai is one important reason. In the past eighteen months I've read Melancholy of Resistance and War and War - I recommend the latter before the former though I recommend both - and I just finished Satantango. If I like you and you say please I'll mail you one of the above, your choice. I don't do reviews and long-form here because I didn't like writing reviews and long-form when I was required to, the fuck if I'm going to do it here: in sparing me I am sparing you. Please check out the links I provided for reviews and long-forms and an interview. I will say I recognize in Krasznahorkai's infinitely ominous and claustrophobic world the world I am only now beginning to realize I live in.

For me, biography is a lantern, burning in the midst of parenthetical opaqueness. In a sense, it is a ruse, a phantasmic meandering, brighter or dimmer, according to the ecletic happenstance of terror.

Me, I’ve been sired in anomaly, in an imagery of brewing grenadine riddles, a parallel poesis spawned from curious seismographic molten. I say curious, because the original stalking arc has disappeared into the wilderness of an a priori blizzard, which gives birth to a level, like a portal of fire conjoined with the lightning field of mystery. I call it the poetic guardian dove, the hieratic alien wing.

It is the non-local field, the non-particle acid, flowing into my cognitive iodine rays, into the vicious fires of my tarantella marshes. So I dance with vibration, with the solar arc spinning backward around the miraculous force of a double green horizon. Simultaneously, I escape the territorial, while remaining within the burning loops of my own momentary seizures, guarded by ferns, legs plowing land, the face and the mind guided by stars.

So, I am a martyr of drills, of spates of specific lingual flooding, casting at times, a mist or a mirage, like a caravan of yaks, transporting tungsten and water. Conversely, to give a graph of dates, to single out a bevy of personal social lesions, would invert me, would turn me around a diurnal bundle of glass, staggered, with a less than fiery temperature, partially nulling my sensitivity to falling phonemic peppers, to the inclination towards victory which burns in the dawn above heaven. For me, this is the green locale, the pleroma of eternal solar essence, glinting, full of fabulous maelstrom diamonds, an empowered hegira of drift, of claustrophobic rainbow spectrums which empty themselves, and return to themselves, like having an image go out and return to itself, so that its power transmutes by the very energy of its looping; and I think of myself, the poet sending signals into mystery, and having them return to me with oneiric wings and spirals, so much so, that I forget my prosaic locale with its stultifying anchors, with its familial dotage and image reports, with its dates inscribed in trapezoidal feces. I am only concerned with simultaneity and height, with rays of monomial kindling, guiding the neo-cortex through ravens, into the ecstasy of x-rays and blackness.